The hope of Marlton Square

There are 20 acres in our community that everybody knows as a dump, as a shame. But once Marlton Square, aka, Santa Barbara Plaza held 300 stores, stores supported by our community. Banks, dry cleaners, tailors.

Seem like a lifetime ago because for most of us in the Crenshaw area the only memory is of Marlton Square in shambles.

It was once a destination. Now it is in decay. Development could be just around the corner. Let's hope it is.…
Continue One of the great American jazz artists and his ensemble performed an electrifying concert in L. A. at the Walt Disney Concert Hall.

An unusually overcast Sunday evening on May 16th 2010 brought a shining legend to the stage of the Walt Disney Concert Hall in Los Angeles, CA. Theodore Walter "Sonny" Rollins shared a wealth of wisdom,…

It's Time For The Postmaster General to Go, and The Inspector General as well 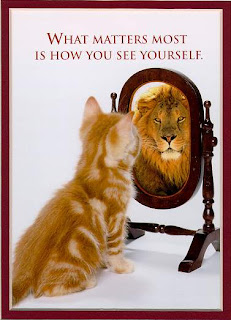 It's Time For The Postmaster General to Go, and The Inspector General as Well…
Continue

Ian Narcisi began his music endeavors in 1983 by taking drum lessons from Mark Anderson at Roselle Music in Roselle, Illinois. After seven years of preparation Ian went on to audition at the American Conservatory of Music in Chicago, Illinois where he resided for three years earning his Associates in music. During his time at the conservatory Ian was trained by the likes of Brad Stirtz (vibraphonist on Janice Borlas Agents of Change, Director of Music at Peace Lutheran Church), Greg Shearer…

Years ago, he was hailed "Aguabella is the John Coltrane of the Conga Drums.” -- Dizzy Gillespie

My tribute to Francisco Aguabella By Kim 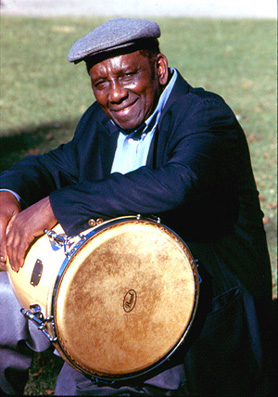 The giant of percussion receives a gig from… Continue

How the music of Leimert Park changed the face of music today: The Good Life Cafe documentary FREE on Hulu

THIS IS THE LIFE is now
streaming on HULU.com.FREE. http://www.hulu.com/watch/150135/this-is-the-life.

Social Security Cops a Plea in Snafu on Warrants

Thanks to a class-action court settlement, a quarter-million elders and
people with disabilities can now reapply for wrongly stopped or denied
Social Security or SSI benefits. Those cut off because of old or
mistaken arrest warrants can reclaim their share of $500 million in
lost benefits nationally. Read More

What is a Friend to You - Essay

You know we toss around this word so freely in today’s modern society. I thought I’d take a moment out of my life and define what a friend is to me. I like to always start these types of essays with established facts. So with that in mind here is friend defined: Friend;…

Let Us Not Forget Our Legacy

He donned his headband, tie-dyed jeans,
scorched draft card of protests past,
then set out for one last battle--
To find his youth that quietly passed.

Lonely aging Boomer,
A different kind of man;
His colleagues are all now in the wind,
as he makes his final stand.…

To the United States Postal Service: Bring It On!

To the United States Postal Service: Bring It On!…
Continue

Clarissa Cupero - I've Got Your Number! Of the numerous striking qualities of Cupéro, the 20-year-old singer/songwriter and rocker, it’s the commanding presence of her voice and songs that sets her apart. Cupéro sings with a maturity and sense of permanence that belies her youth and the relatively short amount of time that she has been in the New York music scene. On her debut, self-titled EP, she sings with a passion that reveals an unshakable commitment and ambition to be a… Continue

Just announced: Oscar-winner Louis Gossett Jr. will be one of the featured authors at the Leimert Park Village Book Fair on Saturday, June 26, 2010!!! The Friday Night Series of Jazz at the Los Angeles County Museum opened on April 16th with a legendary group of musicians.

In town for 1 show only!

So siked! I just interviewed Simone, Nina Simone's daughter, who will be performing at The Catalina Bar & Grill, Tuesday, May 11th at 8:00 pm, for one show only.

This is gonna be a "killer" performance. Let's pack the place out in tribute to Nina, The High Priestess of Soul and her awesome daughter! We are pleased to announce our own online radio show "The Colors of Music" hosted by Tommy Webb at WebbRadio.com!
If interested, please 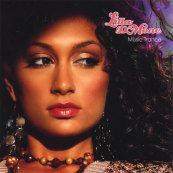 Born and raised in Portland, Oregon, Lilla grew up under the influence of her parents’ music: Billie Holliday, Marvin & Tammy, James Brown, Nina Simone, Aretha Franklin, Hendrix, Sade, Tracy Chapman and Sarah Vaughan, to name a few. At the age of 6 she taught herself to play the piano by ear and, by age 12, was the shining light in her local gospel choir. In… Continue

West Basin Municipal Water District is hosting a tour of of its water recycling facility in El Segundo on Saturday, April 22 at 10:00 AM.

West Basin Municipal Water District is hosting a tour of of its water recycling facility in El Segundo on Saturday, February 18 at 10:00 AM.