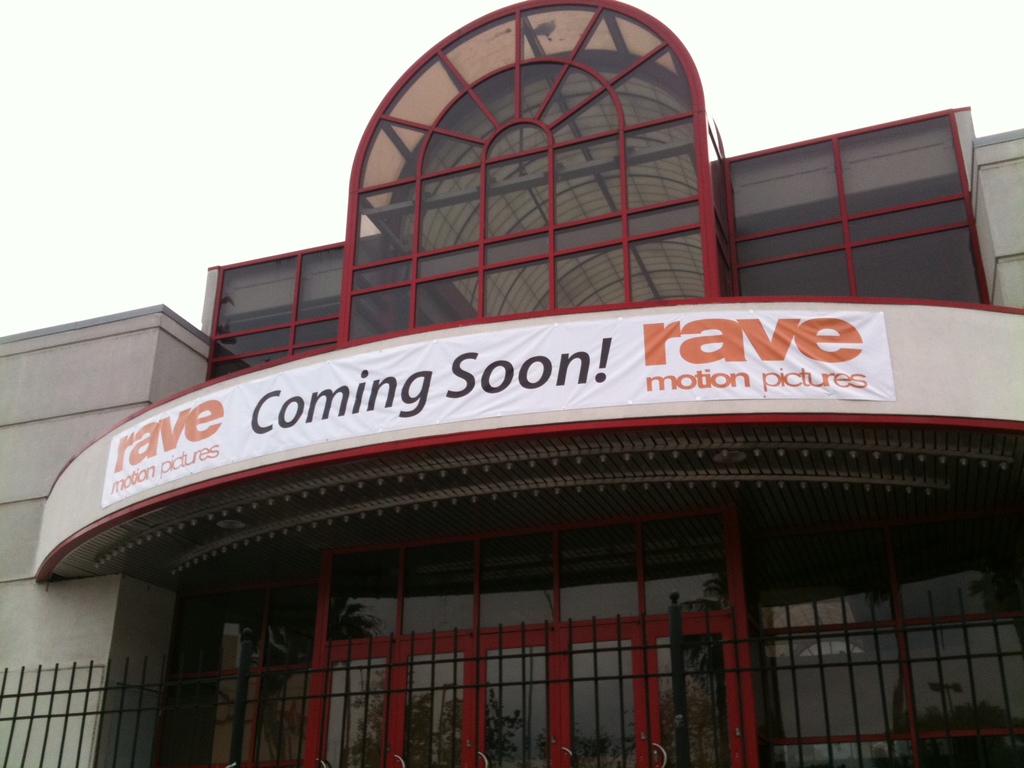 The demolition of the dated, and beloved, Magic Johnson Theater has begun with hope that the new movie house will be grand enough to keep us from driving to Culver City and The Grove, according for a Christmas Eve story in the LA Times by Roger Vincent.

Of course these are developments the Leimert Park Beat community has been following closely - see Urban Economy, New Owners Announced,

The theater was closed in June and should be open in May.

Magic Johnson and his then partner, Ken Lombard, opened the theater together and then sold their ownership stake in 2004 to AMC. The theater complex drew 1 million visitors a year, the Times reported.

When AMC's lease was up, Lombard had a mountain of improvements he wanted the company to make.

AMC balked and Lombard was left scurrying for a new theater operator. And the community was afraid the theater wasn't coming back.

Lombard announced in November that Rave, which also runs the Culver City Howard Hughes theater, has stepped up to help with the $10-million upgrade, funded mostly by Capri, to create stadium seating and  3-D screens.

“We could have stayed with the existing operator, but we opted to say no and continue with the commitment that the residents of this community have the finest entertainment experience,” Ken Lombard, who runs the Crenshaw Mall, told the LPB in November. “There were risks.

“But most developers don’t understand the sophistication of this
customer base. L.A. is a mobile city. If you don’t provide the best
experience, they will drive to a location that will.”