North East Trees received a grant from the State’s Natural Resources Agency to conduct a planning study focused on the S. La Brea Ave. corridor from the intersection at Exposition Blvd. to Stocker St.

The study will explore the possibility of creating park-to-park connections (between Jim Gilliam Recreational Center on the north, Kenneth Hahn State Recreational Area on the west, and Norman O. Houston on the south at Stocker St.), equity in access to open space opportunities, and the possibility of preserving, expanding and restoring native habitat. 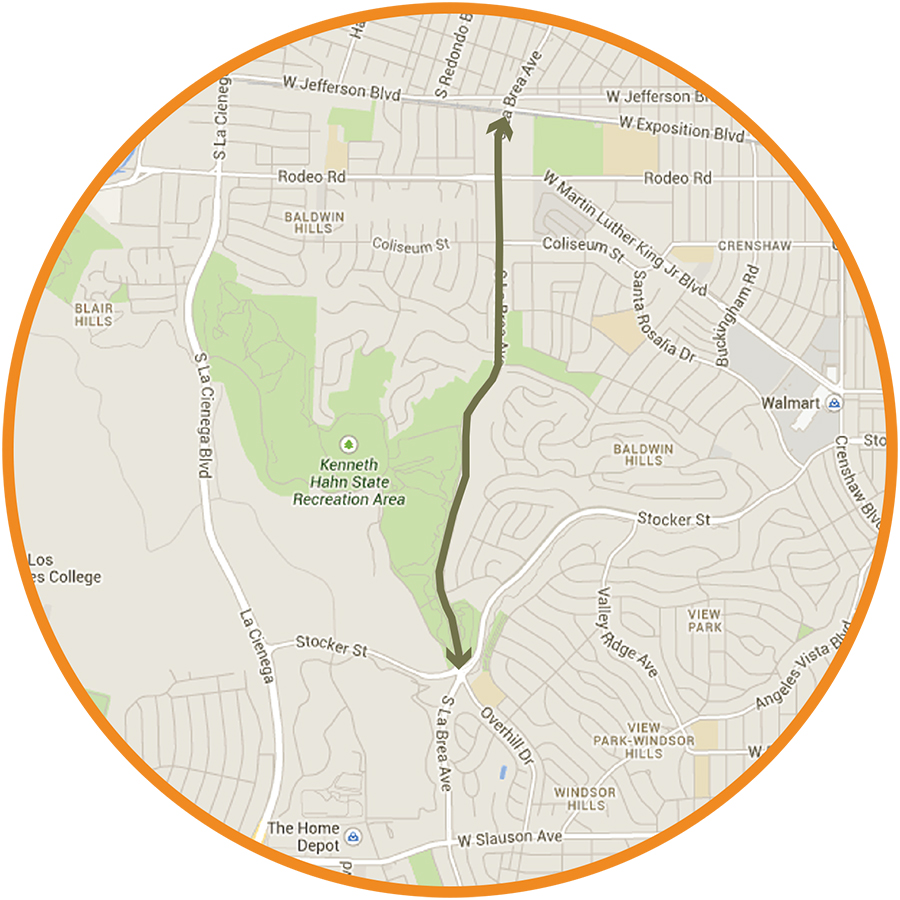 Not only will this plan examine access, connections and habitat, it will build upon the Mountains Recreation Conservation Authority’s Park to Playa project, the Baldwin Hills Park Master Plan, and West Adams-Baldwin Hills-Leimert Park community plan, as well as other already existing and proposed transportation and open space improvements. This planning study will play a major role in helping to create a cohesive recreational trail network in southwest Los Angeles. The La Brea Corridor Planning Study will explore the development of a regional trail that provides park-to-park access, promotes neighborhood connections to open space, and links to existing and planned trail networks while restoring native habitat.

In order to achieve the project goal, North East Trees has partnered with the Baldwin Hills Conservancy, several community groups, government agencies, schools and non-profit organizations. Stakeholder and community involvement is instrumental to the overall success of this planning study. A technical Advisory Committee was created to help guide the direction of the project, as well as to help ensure balanced, unbiased, and representative participation. Several Community Workshops are being planned, and surveys will be available on July 18th.

For more information, to get involved, and to stay informed on the latest meetings and events:

and check out our blog: http://labreacorridorplanningstudy.wordpress.com/

This is wonderful news!!!

via Twitter
RT @alfred_twu: The BayPass - a transit pass that works on all Bay Area transit - is starting up with a pilot program for 50,000 college st…

via Twitter
RT @LAAreaChamber: “We are deeply saddened by the passing of Gary Toebben, former President and CEO of the Los Angeles Area Chamber of Comm…