Jason May and Melanie Webber, two local triathletes, have excelled in competition and both started out in the pool. One has reached the elite level and the other is a novice swimmer, but they both enjoy the sport and the time they spend swimming laps.

Triathlon season is approaching! And they’re gearing up again.

Melanie Webber has competed in nine triathlons, but has no swimming background. She describes herself as a “complete amateur” in the water, but says that since she joined the adult swim club Southern California Aquatics (SCAQ) in 2008, her technique has improved.

“Being at the Plunge is an integral part of my training,” she said. “In fact, it’s the only way I’ve ever trained.” 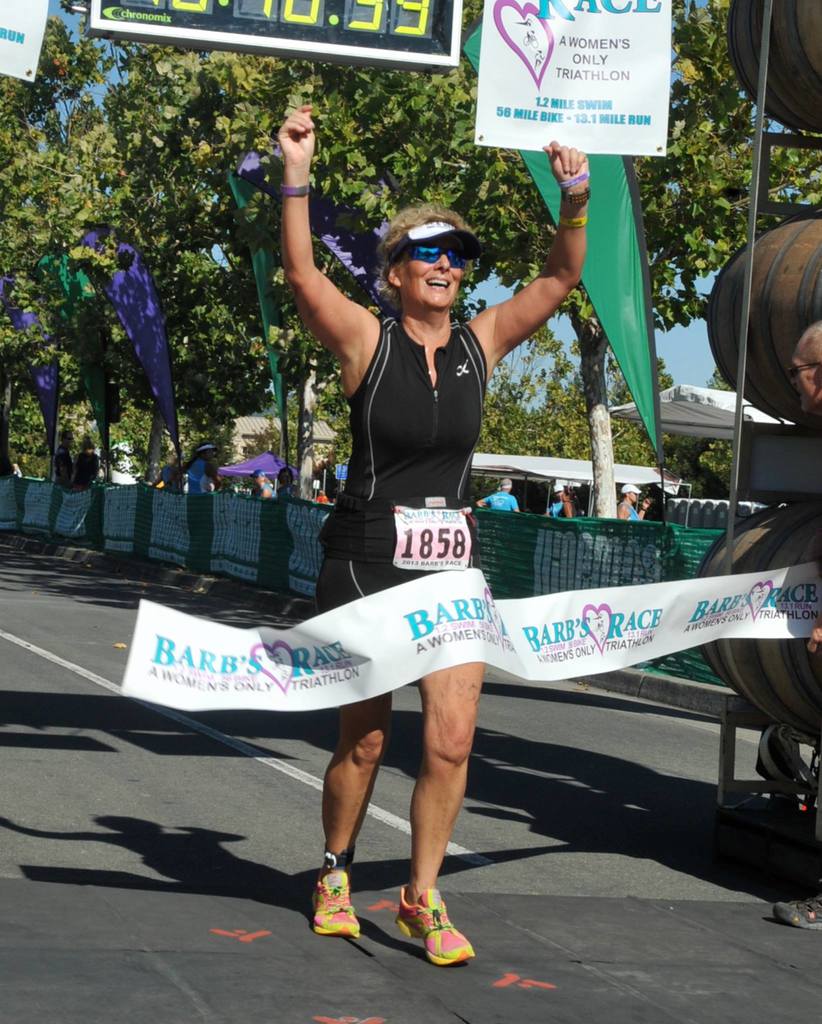 SCAQ offers workouts at nine locations in the Los Angeles area, including Echo Park and USC.

Jason May, a firefighter and beach lifeguard of 22 years, has competed in three Ironman triathlons. This race consists of a 2.4 mile swim, a 112 mile bike ride, and a 26.2 mile run; it is the longest of the triathlon competitions. He has held the fastest swim split in each of his races, an accomplishment he attributes in part to time at the Plunge and specifically with SCAQ Swim Club.

“I think coached, organized workouts has gotten me there,” he said. “I would absolutely recommend it to anyone training for a triathlon. It has great coaching, flexible practice times, and open water swimming practice.”

Webber attends the SCAQ workouts or lap swims even when she is not prepping for a race. She said any triathlete would find the club “invaluable” because of the discipline and the chance to learn from a variety of coaches.

Webber just began training for the Nautica Malibu Triathlon in September 2015. It’s not too late to join her!

Come take the plunge. Get your laps in. There are no shortcuts to accomplish what you want. And to maximize your time and help you hit your goal, you’re welcome to attend a free, coached workout to find out what it takes to get started, or to reach a higher level: SCAQ@SWIM.net

featuring "Where Do We Go From Here", a song by Dominance Tha MC exclusively in this issue!See More
19 hours ago
0 Comments 1 Promotion