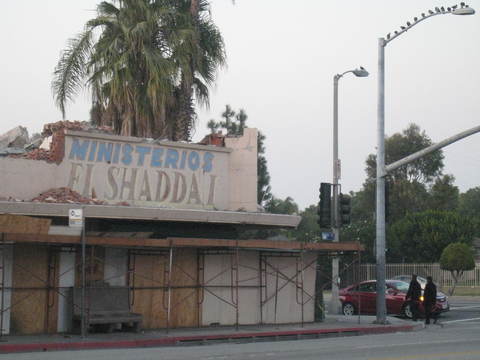 After decades of false starts and baby steps forward, there are big movements at Marlton Square, a.k.a. Santa Barbara Plaza. Just over a year ago, Leimert Park Beat embarked on a crowd-sourced, crowd-funded investigationinto the status of this 20-acre eyesore. There was plenty of blame to pass around.

In August, we were there with Councilman Bernard Parks for the wrecking ball’s figurative first strike.

The demolition isn’t fast enough. And there are only hints of development ahead. But at least there’s something going on. 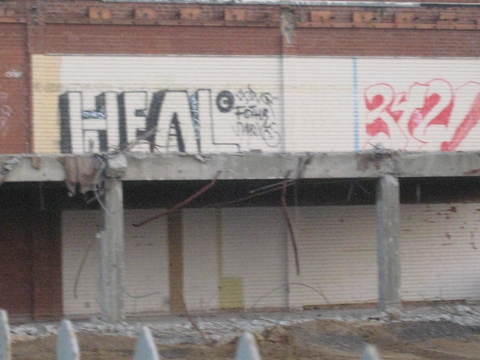 You can see it in these pictures taken by Rob Helfman of ShawDog.com, who lives on the hill above that bombed out shopping center. Helfman was there for the for the press conference in August. He's been taking photos of the progress nearly every day and supplied the photos in the slide show featured above.

"Hey, every day I look down the hill and see the (glacial) incremental progress from my windows," Helfman said. "I'll stop taking pictures until it's done (or I croak, whichever comes first)." Several buildings along Martin Luther King Boulevard are no more (the legendary Jerry’s Flying Fox is still open!). The swap meet/El Shaddai church on the corner is almost gone.

As each decrepit wall falls down, something new rises in its place – hope.

Thank u for reminding me.  I guess I'm just frustrated, I know progress takes patience!!!!

But you've seen the rave Theater, the Staples, the mall renovation and the new Post and Beam will be opening soon? Our stick is getting longer.

I'm glad that the demolition is finally taking place, just not fast enough.  The area still looks like a war zone and a big eye sore.  However, I guess some progress is better than none.  Looks like our neighood still gets the short end of the stick.