Get discount tickets to the March19th comedy show here: http://flc.cc/M3KDDVY

Multi-faceted and multi-talented, Stevie Mack has been performing stand up comedy, and one-man shows since the 90’s and he’s been seen in over 42 commercials pitching everything from soft drinks to real estate. 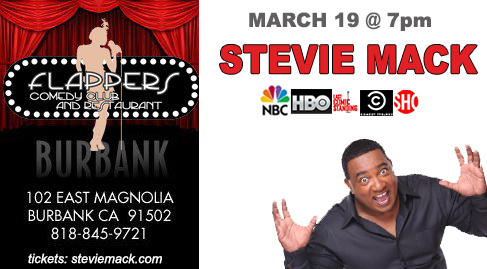