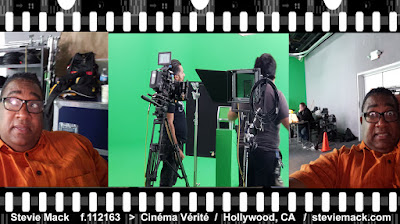 Stevie Mack could easily be deemed one of the hardest working actors in show business; 15 movies, 17 TV shows, 10 music videos, 12 industrials, a ton of independent content for streaming and as of this writing, 42 commercials. That's a lot of face time by anyone's standards.
For most actors in Hollywood, booking a commercial is a huge feather in their cap and the highlight of their career. Okay, it's a bright spot at least. For Stevie Mack it's just another day at the office...or is it?


Multi-faceted and multi-talented, Stevie Mack has been performing stand up comedy, and one-man shows since the 90’s and he’s been seen in over 42 commercials pitching everything from soft drinks to real estate.