Community Against Hate, a diverse coalition of community organizations and leaders have teamed up with the national civil rights organization NAACP in a clear stance to address hate directed toward Asian Americans and Pacific Islanders.  In a direct response to the increased verbal and physical attacks against Asians living and born in America, the #UnityAgainstHate rally will be held on Saturday, May 15, at 11 a.m., in multiple cities across the nation. The rally will echo the voices of many who have experienced hate crimes against them based on their race, nationality and identity.

“To garner the support of the NAACP was imperative in our quest to unify a nation torn by racism and discrimination,” says Yen Marshall, Asian Pacific Islander Public Affairs (APAPA) Nationwide Rally Coordinator.   “It’s a fight that they’ve been at the forefront of for many years, one that many Asian communities have supported. While some may point out past strained relationships among Black and Asian communities, we want to display the unity we can achieve when rallying against hate.” 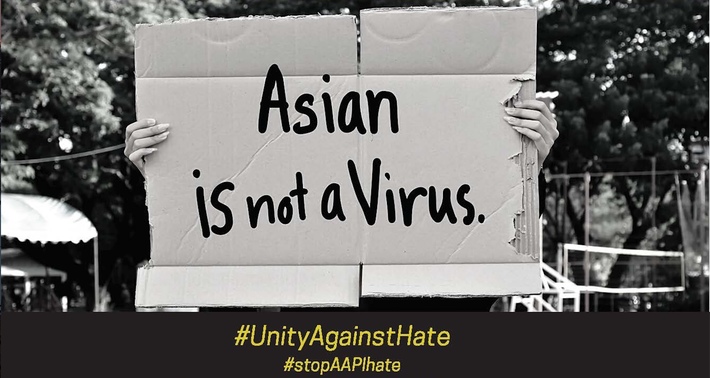 The rally is planned across a growing number of cities, including Los Angeles, Sacramento, San Diego, San Francisco, Atlanta, New York, Henderson, Nevada, Columbus, Ohio and Houston.  From the physical and verbal attacks, to the heightened strain from the pandemic, many Asian Americans have experienced an increase of hate incidents, according to AAPI Data.  It’s reported some 2 million Asians have experienced an increase in these types of hate incidents.

DojO- commented on DojO-'s blog post CNN TV: Schedule / Wkdaze - June, Mon. 14th thru Fri. 18th PT; NEWs + A Radical Rebellion / "Super Regular Weekly Programin' " *updatez*
"  1st state to shut down in the US fully reopens - A grand reopening is underway in the 1st state to have shut down due to Covid-19. Here are California's new rules.; US reaches 600,000 Covid-19 deaths as new, dangerous variant…"
Thursday