Black Critics Need to Recognize That There Are Some Things That Obama Just Can’t Do - or is That Really the Problem? 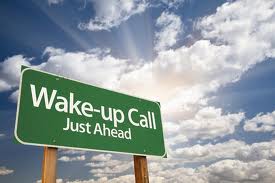 Black  Critics Need to Recognize That There Are Some Things That Obama Just Can’t Do - or is That Really the Problem?

I'm not here to defend President Obama, because I don’t agree with everything he does, or fails to do, myself. But there are those in the Black community who need to come to terms with the fact that there are some things that even the president can’t do - and signing a bill abolishing ignorance is at the very top of that list. That's what it would take to accomplish some of the objectives that they're trying to force upon him. That’s also what lets me know that much of the ranting and raving of some of these so-called Black intellectuals are disingenuous at best, and blatant intraracial bigotry at worst.
.
The president can’t just wave a magic wand and instantly make everyone upwardly mobile.  It doesn’t work that way. There’s an educational process that goes along with upward mobility, and that goes for whether the person is Black, or White. While there are many in the Black community who have the skills to hit the ground running, there are others who need to be trained, motivated, and refocused in order to simply maintain a job that pays wages high enough to lift them out of poverty, even if it was given to them.
.
So if these educators, intellectuals, and pundits were serious about their concern for the poor, instead of holding televised seminars and book signings, they’d be in the community with their sleeves up, helping to upgrade the skill sets of those who need it. That’s what Barack Obama did. As the first Black president of the Harvard Law Review, when Obama graduated from law school he could have gone to work as a law clerk for the Supreme Court, or pursued wealth by going into any one of the top law firms in the country. He could have also tried to make a name for himself by running all over the country selling books, doing lectures, and trying to sound profound. But he didn't do that. Instead, he quietly went back into the community and went to work helping people to get their heaters fixed. That's the way to show that you care. Words are meaningless. It's deeds that count.
.
So for that reason - and yes, because he's a lone Black man struggling to carve out a new chapter in our history - I'll always give him the benefit of the doubt over lesser men who criticize him. No, he's not perfect, but neither am I - and neither was Washington, Jefferson, or Lincoln - but why does a Black man have to be perfect to be accepted as a man worthy of respect?

.
Many of the very same Black "intellectuals" who can barely contain themselves today, just sat back and allowed Ronald Reagan, both Bushs, and the GOP in general, to cut our throats for the past 30 years with nothing more than a whimper in most cases, and a profound silence in others.
.
So why do they now try to hold Barack Obama to a different standard than they hold other men?  The sad truth is, America has conditioned them to view this Black man with a jaundiced eye. Their attitudes and motivations are exactly the same as with White racists - whenever a Black man demonstrates exceptional excellence, they see it as diminishing their own accomplishments. So the fact is, the very existence of Barack Obama represents an assault on their self-esteem, and it's killing them. He represents a pie in the face of their delusions of grandeur.  I suspect President Obama knows this, but he's precluded from saying it, so I am.

.
These critics didn’t lift a finger in the 2000 election when the Black community, and others, were literally disenfranchised to elect George W. Bush, and they were all but mute in the last election while, once again, the GOP passed laws all over the country in an attempt  to obstruct the Black vote. Yet, after enduring all of that, just like their White racist counterparts, the mere idea of having a Black man living in the White House seems to be just more than they can stomach. From the way some of these people are screaming, you’d think someone appointed the Grand Dragon of the Klan to head the NAACP.  No other group of people in the world suffers from that kind of stupidity, and that’s a much more serious problem in the Black community than anything that President Obama can possibly address.
.
Surely these "intellectuals" have enough education to know that the United States Constitution states that the House of Representatives controls ALL spending, and they also know that the House of Representatives is controlled by the Republican Party. So exactly what do they expect President Obama to do other than what he is - trying to hold together a fragile coalition of Blacks, Asians, Hispanics, gays, women, the young, the old, etc., and design policies that are broad enough to help ALL of these groups in order to put enough pressure on congress to loosen the purse strings? These “public intellectuals” know that. Nevertheless, they continue to rant, rave, and insist that Obama attempt to play poker at a blackjack table.
.
They should also know enough about history to remember what brought down the  Civil Rights Movement. Many people don’t realize it, but Republican, Richard Nixon, helped to promote and signed important parts of Affirmation Action into effect - but he had his tongue firmly implanted in cheek as he was signing the memorandum. You see, he knew that many of the White folks who supported the civil rights movement and marched with Martin Luther King would have a change of heart once Black people started taking their jobs and replacing their children in college admissions across the country - and that’s exactly what happened.
.
We made a huge mistake while formulating affirmative action legislation. We should have insisted that it be based on need rather than race.  That way, Black people would have still been at the head of the line, but we wouldn’t have given the GOP the leverage to convince poor and middle-class White people that it was an assault on their rights.
.
So shortly after it went into effect, White people started to protest, and hordes of formerly moderate White people raced over to the Republican Party. That ushered in the Ronald Reagan era, with his “trickle-down economics,” the assault on Fair Labor Standards Act, and the abolishment of the Fairness Doctrine. That , in turn, led directly to the rise of Rush Limbaugh, Fox News, the policies that led to the Wall Street collapse, and directly to the dire straits that we find ourselves in today.
.
Yet, once again, many of these Black “intellectuals” are criticizing President Obama for having the good sense not to repeat history by refusing to throw his fist in the air. While they say it’s all about advocating against poverty, just like with White demagogues, they’re conflating the term “poverty” with race, in spite of the fact that they know full well that even the scent of racial politics is grist for the Republican mill. That's exactly why Obama has to avoid the issue, because the Republicans can use it to drum up support to block anything he tries to do for the people at all.
.
So if these "intellectuals" were actually concerned about the best interest of the Black community, while President Obama is trying to navigate the Republican minefield they’d be in the community organizing, educating, and discussing what we can do to improve our own condition in the meantime.  But of course, that's too much like real work.
.
These people should be educating Black people to understand that more money passes through the Black community than through most countries, so we could create our own jobs.  But we don't, and I’ll tell you why - because Black people are the product of the very same racist environment as White people, so we’re just as reluctant to patronize Black businesses as any Hillbilly. Unlike any other community in the world, we’d rather take our money and patronize other people - ANY other people - as long as they aren’t Black. That’s a hard pill to swallow, but it is, what it is.
. So our bigoted attitude towards other Black people is the primary reason why we’re lingering at the very bottom of the social and economic ladder - and it’s that very same bigotry that’s being reflected in the attitudes of Tavis Smiley, Cornel West, and others of their ilk, towards President Obama.  Essentially, all they’re saying is, “Obama ain’t nobody - he’s just another nigga, just like you.”
.
Think about it. Think about the kind of respect that these people afforded Bush and Cheney, and those two were trying to cut our throats - in fact, they did!  But in spite of that, many of these Black critics limited their criticism to mumbling under their breath. But now, with Obama, they've broken out the bullhorns. And Cornel West, in his typically attention-seeking  fashion, has even resorted to playing the dozens - with THE PRESIDENT OF THE UNITED STATES!!! That's not only highly disrespectful of the president, but in my opinion, speaks volumes regarding his lack of respect, and arrogant disdain, for the Black community as a whole. But doesn't West love his people?  Sure he does, just like a pimp loves his whoes.
.
So it’s time for Black people to come to terms with our racist attitudes toward one another. If we’re going to hold a seminar on poverty, the major topic of discussion shouldn’t be Barack Obama, but why we’re so willing to pass by hundreds of Black businesses in the community to take our money to Walmart. Now, I’d be a hypocrite to say never shop at Walmart.  I realize that sometimes our finances force us to deal with the Devil, but we should, at the very least, balance our spending.  Because, until we come to terms with what is essentially a boycott of Black businesses, whining about high unemployment is silly.
.
So, again, one of the many things that President Obama can’t do, is to sign a bill bestowing common sense upon the people. Learning to love and respect other Black people, and acting with common sense, are two things that no one else can give us.

DojO- commented on DojO-'s blog post CNN TV: Schedule / Wkdaze - June, Mon. 14th thru Fri. 18th PT; NEWs + A Radical Rebellion / "Super Regular Weekly Programin' " *updatez*
"  1st state to shut down in the US fully reopens - A grand reopening is underway in the 1st state to have shut down due to Covid-19. Here are California's new rules.; US reaches 600,000 Covid-19 deaths as new, dangerous variant…"
5 hours ago