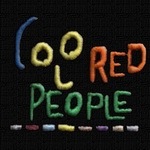 RSVP and POST YOUR QUESTIONS TO PANEL ON FACEBOOK's EVENT PAGE - Banner Below!

This show was created with the purpose of discussing Poetry. A panel of well known established Poets and Spoken Word artist will meet to have an educational, enlightening and constructive discussion on misconceptions and realities associated to what is Poetry and Spoken Word. This show will feature Bruce George for the first 30 mins and we then bring in the panel.

Bruce George *Initial 30 minutes* - Bruce is a visionary, executive producer, writer, poet and activist. His work has been published in major magazines, anthologies, and literary publications. Bruce is the Co-Founder of the critically acclaimed award winning "Russell Simmons's Def Poetry Jam." As an activist Bruce has been and currently is associated with major grassroots organizations that fosters and uplifts people in struggle.
He's also the Founder/Managing Editor of "The Bandana Republic, an Anthology of Poetry & Prose by Gang Members & Their Affiliates."

Louis Reyes Rivera
Poet/essayist Louis Reyes Rivera has been studying his craft since 1960 and teaching it since 1969. The recipient of over 20 awards, including a Lifetime Achievement Award (1995), a Special Congressional Recognition Award (1988), and the CCNY 125th Anniversary Medal (1973), Rivera has assisted in the publication of well over 200 books, including John Oliver Killens' Great Black Russian (Wayne State U., 1989), Adal Maldonado's Portraits of the Puerto Rican Experience (IPRUS, 1984), and Bum Rush The Page: A Def Poetry Jam (Crown Publishers, 2001).

Considered by many as a necessary bridge between the African and Latino American communities, he is a professor of Pan-African, African-American, Caribbean and Puerto Rican literature and history whose essays and poems have appeared in numerous publications, including Areyto, Boletin, The City Sun, African Voices, and in five award-winning collections: In Defense of Mumia; ALOUD: Live from the Nuyorican Poets Cafe, Of Sons And Lovers, Bum Rush The Page, and his own Scattered Scripture.


Keith Roach - Poet, author, activist, Keith has produced a variety of reading series around New York City and is a former long time host of the Nuyorican Poet Cafe "Open Room" and SlamMaster of the Friday night slam and co-curator of the 2006 Mid-Atlantic Poetry & Spoken Word Festival. Currently he co-produces the internet broadcast, NoBoarders Poetry Radio , formerly known as Eadon's Place, and hosts "Conversations with Keith" which airs on NoBoarders Poetry Radio.

Tantra-Zawadi an award winning poet/artist/filmmaker from Brooklyn, New York, has performed to standingroom audiences at venues as far away as South Africa, London, Germany and Toronto.

Sign up to receive our monthly newsletter and stay posted!

RSVP and POST YOUR QUESTIONS TO PANEL ON FACEBOOK's EVENT PAGE!

RSVP for A Conversation with Bruce George & Poetry Discussion Panel to add comments!