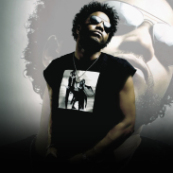 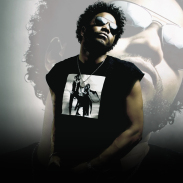 Andreao "Fanatic" Heard is a well established Grammy award winning, Multi-Platinum Record Producer and worked as one of P.Diddy's Hitmen.

His Grammy was won for producing superstar Beyonce Knowles song "Speechless", featured on the 2003 "Dangerously in love" album released by Columbia Records. 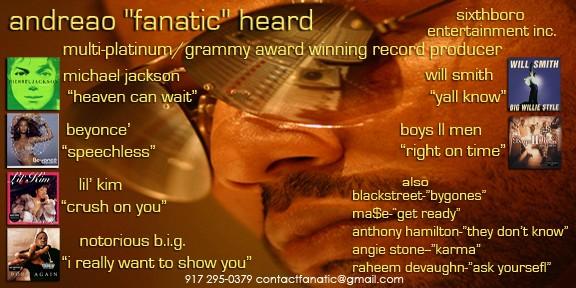 With all the success in his 12+ year career, Fanatic seeks to produce his own music as an artist where he has control of the content and delivery and his new album speaks a positive message as he seeks to focus on the beautiful music of "Old School" groups.

His debut single "Who's Luvin You Now" is available on Itunes.

This show will be hosted by our network host Tania-Maria Xavier and we welcome our very own TC Thompkins as the co-host for this show.

Mr. Thompkins has over forty years experience in the music industry as an entertainment consultant and radio specialist. He established his company, “Thompkins Marketing “, after leaving the position of vice President of CBS Records now known as Sony Music. Under his leadership, Epic and Associated Labels had been the number one urban label in the world for three years running... He is also one of the sponsors of our 2011 ColoredPeople.net Calendar for Haiti available at Lulu.com/ColoredPeople


Join Tania-Maria Xavier and co-host TC Thompkins at 7pm PST/9pm CST/10pm EST on BlogTalkRadio.com/ColoredPeople as we meet Fanatic whose career is taking on a new direction as he "lays down new tracks"!

RSVP for The Fanatic Experience - Laying Down New Tracks to add comments!