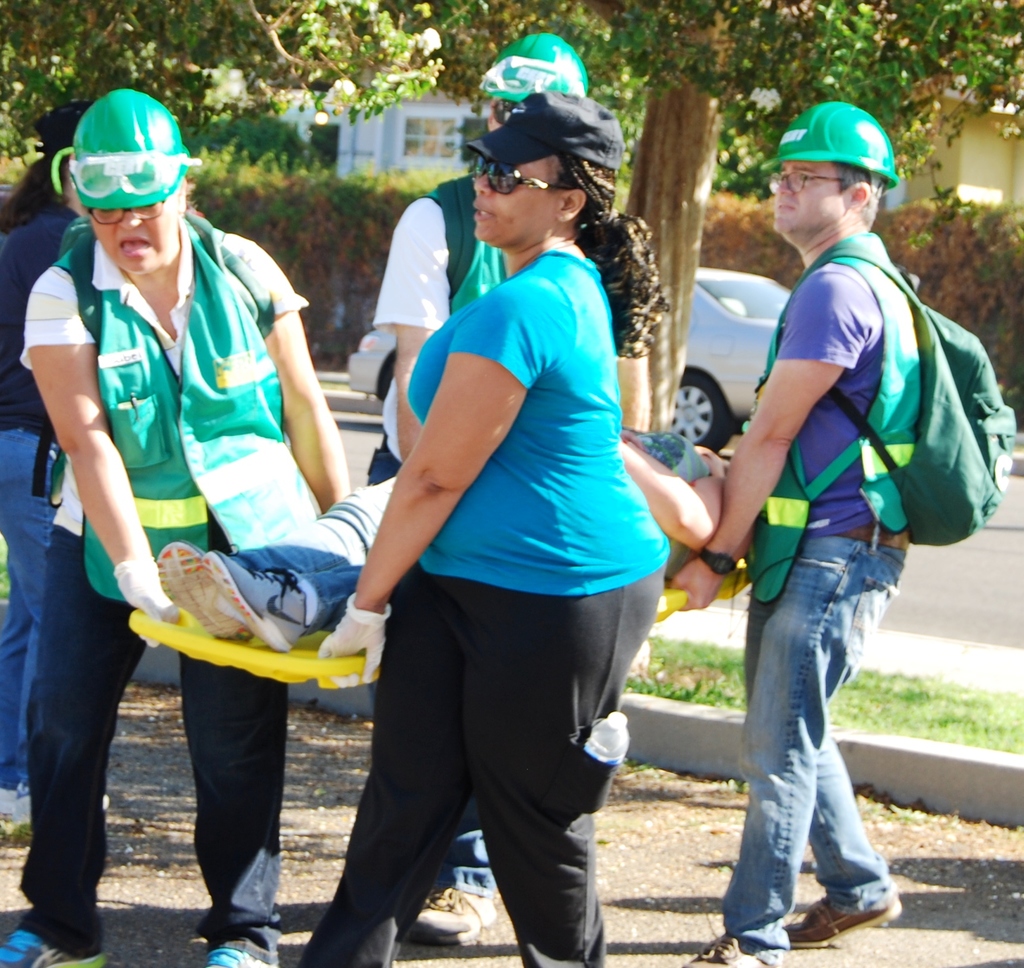 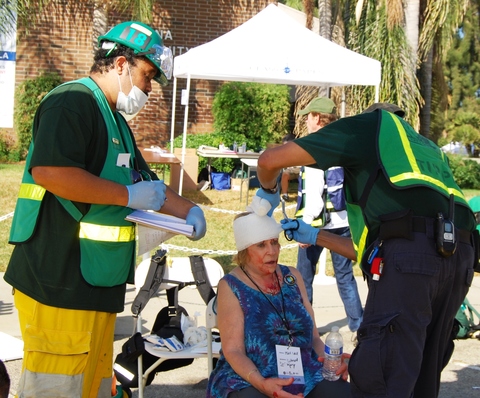 “If there were to be a disaster, it’s not your family or friends who’ll…come to you.

thanks to a partnership with the City’s Emergency Management Department (EMD).

UNNC received the EMD’s “5-Steps to Neighborhood Preparedness” program grant in 2015 to create a disaster plan for the Fifth Avenue Block Club Community and to practice the plan in a full-scale exercise, Saturday, April 30.

The planning process is currently underway involving the EMD, a Steering Committee of first responders, other city agencies, LAFD “We’re staging the exercise component of the grant on Fifth between West Adams Boulevard and the 10 Freeway to coincide with the Federal Emergency Management Agency’s nationwide ‘PrepareAthon,” Mona Curry, EMD Coordinator said.

“FEMA will be spotlighting emergency readiness activities, drills, and programs nationwide. L.A. and the neighborhood council will get plenty of exposure because of our actions to prepare  -- and Southern California is overdue for a catastrophic event,” she added.

Ms. Curry explained how the process works and how the day’s events will unfold.  First the residents (in this case, neighbors in the Fifth Avenue community) get together and create an emergency plan for their neighborhood.  Once the plan is written, parts of the plan will be chosen and acted out on April 30.   Usually the parts of the plan that seem a little tricky will be chosen and put into play in order to discover potential flaws that may need correcting.

There are three categories of participants in the exercise:

Players will consist of the neighbors in the Fifth Avenue community and local CERT members who will act out scenarios from the plan--anything from what to do if there are injured people, property damage or loss of life, to practicing a phone tree to make sure everyone is accounted for.

Observers can be anybody who wants to witness, experience and learn from the exercise. They will have narrators assigned to them to explain what is happening.

Evaluators are the first responders—police and fire departments, emergency services personnel-- who will observe and evaluate how the plan is being handled by the residents and give feedback at the end of the exercise.

This year marks the first time a South L.A. community has received the 5-Step grant, implemented the process, and conducted the exercise, according to Jeff Camp, president of the neighborhood council.  “I was delighted to accept the award on behalf of the six UNNC regions and appreciate the versatility of the 5-Step plan.  We’ll be able to use it as a template in other neighborhoods to deepen awareness and improve safety and emergency readiness throughout.”

“We want to spread the word to other West Adams, South L.A. and Mid City neighbors so they can get on aboard and get better prepared, too—and of course, we are coupling the exercise with our 2nd Annual Public Safety Fair,” Camp added.

Denise Jackson, the UNNC’s Public Safety Committee Chair, was excited by the synergy of holding the ‘PrepareAthon,’ the 5-Step exercise and the fair on the same day.

“The combination accelerates our momentum, reach and visibility.  This year, we’ll have many more interactive activities, demonstrations and simulations staged in an outdoor setting--at Bennie Potter Park on Third Avenue and 25th Street.  We expect many more guests and want L.A. to come over to Fifth to watch the exercise and then to the Park for the fair.”

“Look for displays by vendors, nonprofits, and public resource agencies, and practical information, tools, supplies, and products suitable for families, businesses and pets.”

Debra Varnado, the Block Club’s President and the UNNC’s Emergency Preparedness Committee Chair, said she was impressed with “the planning program and the Torrance – based consulting team—Constant & Associates--that is walking us through the process.”

”We’re in the early stages, but after we’ve gone through the entire process, I think we’ll be more in touch as neighbors and more confident in our ability to handle a disaster situation.  We appreciate everybody’s help and contributions and hope other neighbors look into the program.”

The EMD has held the grant competition for the city’s 96 neighborhood councils since 2013 and is responsible for planning and preparing all City departments, residents and businesses for man-made and natural emergencies, and coordinating subsequent response, recovery and mitigation efforts.

See http://5steps.la/ for more information on the program.

The Music Center’s Dance DTLA series is back for a full season of dancing under the stars on Jerry Moss Plaza at The Music Center most Friday nights this summer! Eventgoers can dance the night away to various dance styles from June 3 through…See More
May 17
0 Comments 0 Promotions