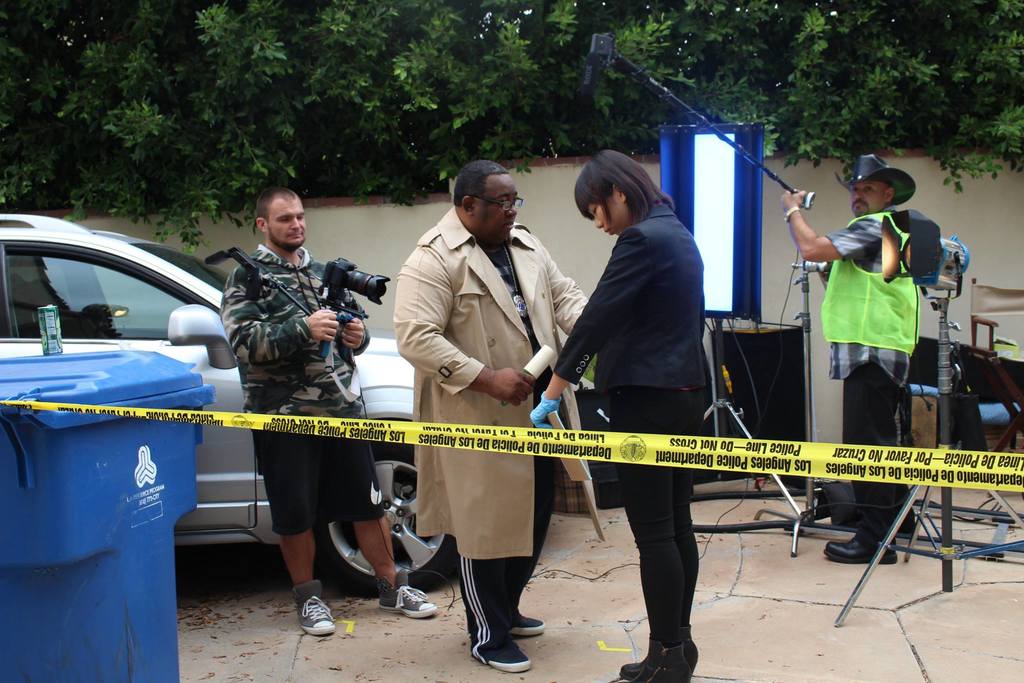 Stevie Mack is in the midst of producing S1E4 (season 1 episode 4) of his comedy series CRIME SCENES. In the series Stevie Mack plays an actor turned detective; he played a cop on TV and in movies, now this Hollywood actor tries to make it as a real life cop. We follow him in the field solving a series of oddball crimes while encountering an even odder cast of characters in Hollywood and Las Vegas. His celebrity status follows him everywhere he goes; sometimes it helps his efforts while at other times it hinders him.