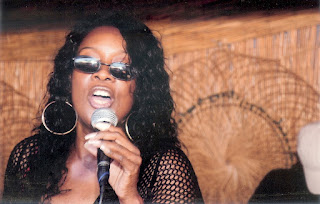 If you’re a jazz lover and want to look upon the contemporary face of jazz royalty, take a moment to go check out Rita Edmond in the Sarah Vaughan Competition being held by Indaba Music. Ms. Edmond’s submissions can also be heard on her Indaba Music profile page: (http://www.indabamusic.com/#!/people/003385425).
.
Ms. Edmond moves between sultry sophistication, hard driving swing, and childlike innocence without any effort at all. There are many great singers in this competition, but from the very first bar of anything Rita does, she clearly distinguishes herself as one those rare individuals who was born to do exactly what she’s doing, and nothing else. She swings with the effortless grace of a Sliver Shadow cruisin' down the Pacific Coast Highway, and her ballads are lush with sultry passion, personal depth, and individuality.
You can't "learn" to sing like Rita Edmond. You either have it, or you don't, and there's only one or two lucky few in a generation who do - but Rita, like Sarah, is one of those lucky few. But don’t just take my word for it, go check her out for yourself and I’m sure you’ll agree with me that this competition was designed to find her, because she’s a once in a generation talent, and clearly the heir apparent to some of the greatest divas jazz has ever known.
. 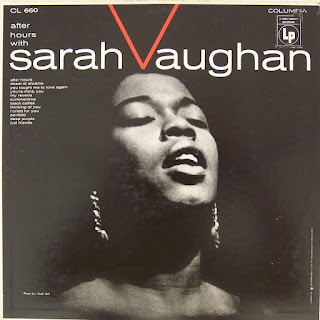 The International Sarah Vaughan Competition is sponsored by Indaba Music, the New Jersey Performing Arts Center, Jazz Roots, and public radio station WBGO in Newark, New Jersey in honor of the illustrious Ms. Sarah Vaughan, a native of Newark who rose to become one of the giants of jazz, and an international treasure. As a result, some of the greatest jazz singers from around the world - both professional and amateur - have entered the competition as both a tribute to Sarah Vaughan, and an opportunity to win $5000 and perform as the opening act at the February 2013 Jazz Roots concert in NJPAC's Prudential Hall. The judges include Dee Dee Bridgewater, Jon Hendricks, Melissa Walker, Michael bourne, and Larry Rosen. The entry deadline is August 15, 2012.
.
Ms. Edmond submitted three submissions - ‘Here’s to Life,’ ‘This Can’t be Love,’ and ‘It Might As Well Be Spring’ - and each tune shows a different side of her tremendous, and still growing, musical personality.
.
‘Here’s to Life’ is a beautiful ballad that’s been done by some of the greatest singers who’s ever lived, yet Ms. Edmond’s version is as good or better than any version of this tune that’s ever been recorded. The soaring passion that she brings to this tune makes it almost impossible for anyone who’s ever had to struggle through life’s adversities and then managed to survive to continue to fight the good fight, to listen to with a dry eye.
.
Then in ‘This Can’t Be Love,’ Rita displays another part of her musical vocabulary, her growing chops as a scatter and her ability to swing with the best of them. In this case, she scats in unison  with yet another powerhouse, tenor sax player, Ricky Woodard, and they’re pushed forward by the hard driving rhythms of Albert ‘Tootie’ Heath of they illustrious Heath Brothers - and when it comes to the aristocracy of jazz, they don’t come any more blue-blooded than Tootie. So here, Rita is being tested by fire, and she literally danced through the flames in perfect bliss.
.
Finally, she does ‘It Might As Well Be Spring,’ a tried and true jazz standard. Not everyone can do this tune well, because it’s such a jazz staple that it’s hard for singers to put their personal stamp on it, and whenever they try, they either over sing or under sing the tune.   But Rita swings through it effortlessly and makes it her own. Even King Pleasure would smile at her rendition.
.
So in spite of Ms. Edmond’s unassuming manner, her tremendous confidence, individualism and flawless delivery when she picks up a mic says, “There’s a new diva in town” - and I say, it’s about time!
.
Related Post
http://wattree.blogspot.com/2011/11/ms-rita-edmond-glance-at-destiny.html
Eric L. Wattree
wattree.blogspot.com
Ewattree@Gmail.com
Religious bigotry: It's not that I hate everyone who doesn't look, think, and act like me - it's just that God does.