It all started on Facebook, with an invitation, then at the box office, then in the lobby and at last in the warmth of the movie theater. It was like a family reunion. I walked into the theater and saw friends who I hadn’t seen in years.

This took me by surprise, because I remember working with them on something way back when, but I didn’t realize it was THIS monumental documentary, “Leimert Park Voices”, which is now in talks for major distribution.

This documentary was well put together. It brought tears to many of our eyes for various reasons; joy, inspiration, sadness, happiness, and mixed emotions. We applauded when memorable faces lit up the screen and laughed when funny points were made. The music, poetry, interviews and images brought back memories of a vibrant village cherished in the hearts and minds of all who shared in the “golden era” of it’s incubation.

After the screening there was an emotional discussion on the documentary as well as the state of the Leimert Park Village today. Some felt Leimert Park’s best years have passed; while others felt the need to revive the village, pump in new life, money, arts and culture. I used this as an opportunity to let everyone know about LeimertParkBeat.com and all the wonderful transformations and revitalization going on, including the last Sunday Art Walks. 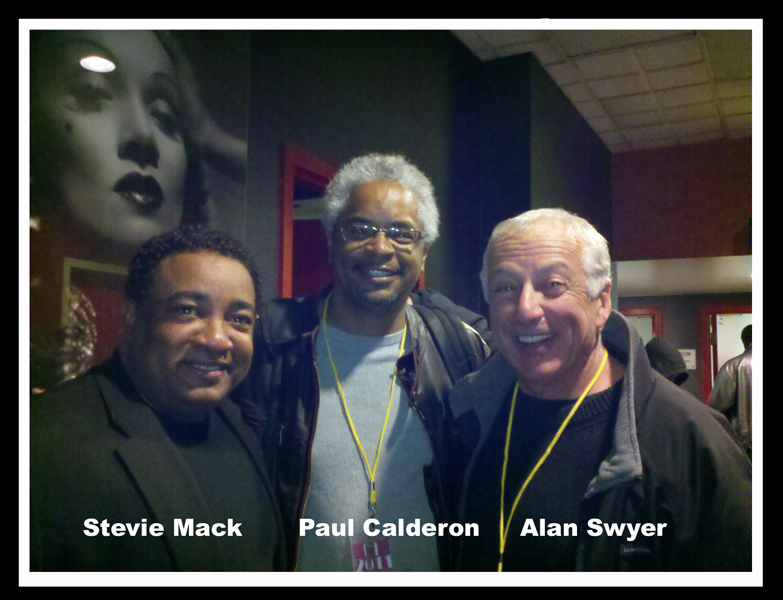 Plot Summary:     “Leimert Park Voices” is a poignant look at the rise and fall of a black cultural Mecca in the heart of hard-core LA gang turf. Using what became known as “The Last Poetry Reading” as its spine, the film melds interviews and archival footage together with poets ranging from Watts Writers Workshop veterans to cutting-edge “freestylers” of today to examine a Southern California African-American tradition that dates all the way back to the halcyon days of LA’s celebrated Central Avenue scene of the 1940’s.

Featuring luminaries ranging from legendary drummer Billy Higgins, trumpeter Roy Hargrove, Amde Hamilton of the Watts Prophets, and Grammy-winner Billy Childs, to the spoken word masters of tomorrow, the film traces the progression in music, dance, poetry, and culture from Be-Bop to Doo-Wop to Hip-Hop.

Never shying away from social issues, the film addresses racism, police oppression, and above all the relentless co-opting of Black Culture. At times angry, at times sad, at times edgy, and often very funny, the film is an oral history, a feast of poetry and music, and a look at an artistic community that flourished during a very special moment in time.