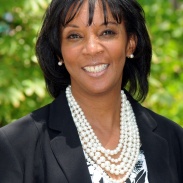 Jackie Lacey, one of Leimert Park’s own, is on her way to becoming The District Attorney for Los Angeles County.

The Office of District Attorney, County of Los Angeles will be one of several positions and issues on the June 5 Primary Election Day ballot.   The race  will be absent an incumbent for the first time in 50 years since  Steve Cooley, who currently holds the position, has chosen to retire and will not be pursuing another term.  Without having to compete against an already in place official, six candidates including Carmen Trutanich, City Attorney of Los Angeles and five veteran deputy district attorneys  have put in their bids to occupy the vacant seat.

The District Attorney is in essence the “lawyer for the people”, prosecuting felonies and misdemeanors of its community. The person carrying out the duties of the Los Angeles County office must understand the concerns of a diverse public with distinct economic, ethnic, cultural, generational, and class interests that at times conflict.  This awareness equips the person to identify commonality in community issues, prioritize prosecution caseload and effectively manage the office while mindful of the sensibilities of all stakeholders. Moreover the integrity of the District Attorney must be beyond reproach, a prerequisite necessary to inspire and sustain trust that the law is being administered fairly.

Pundits consider Los Angeles City Attorney Carmen Trutanich the front runner in the race.  Yet he has credibility issues which limit the viability of his candidacy, and if elected, his ability to perform the duties of office.

Jackie Lacey is the ideal candidate to succeed Steve Cooley as the next Los Angeles County District Attorney.  She possesses a depth and breadth of experience in her twenty six year career as a Public Safety servant unequaled by any of her peers.  Lacey has extensive trial experience including death row cases, hate crimes and child molestation cases.  In addition to her trial experience, Jackie Lacey has been a member of Steve Cooley’s executive staff serving in various roles including Bureau Director in various locations.  Jackie is currently the Chief Deputy District Attorney, responsible for day-to-day oversight of the largest local prosecution office in the United States.

While Jackie Lacey’s career in public office is well documented, her upbringing in Leimert Park is not.

Her development years in the Crenshaw District community has  played a large part in her ability to understand the dynamics that come into play when the ethnic and cultural demographics are continually shifting in an area.

Challenge accompanies change when new residents into a community struggle to find their way in a new environment while and while learning how to co-exist with the already established denizens of the community.

Jackie Lacey grew up in Leimert Park in the 1960’s and graduated from Dorsey High School before earning her Bachelors Degree at University of California, Irvine and law degree at USC.  Lacey experienced the Crenshaw District when the area was changing demographically.  Previously an all white community, the area became the destination of choice for people of color beginning in the 1950’s.  Japanese families migrated to Leimert Park after their release from the World War II internment camps.  Korean and Chinese families populated also populated the area when blacks began moving into the District in the late 1950’s and 60’s.

Jackie Lacey’s father was City of Los Angeles Lot Cleaning employee while her mother earned a living as a garment factory worker.  Her parents shared the same dream for their daughter during the 1960’s Civil Rights era as parents today have for their children; they encouraged Jackie to become the first in her family to attend college and pursue a career in public service.  She understands the dreams of parents to see their children grow up and lead productive lives and contribute to their community. Jackie Lacey also knows how parents hope that those charged with enforcing the law will keep their community safe and protect their families.

Support Jackie Lacey.  She will administer the law fairly for our community.

Leimert Park is proud of her.  The County of Los Angeles will benefit from her growing up in the Crenshaw District.