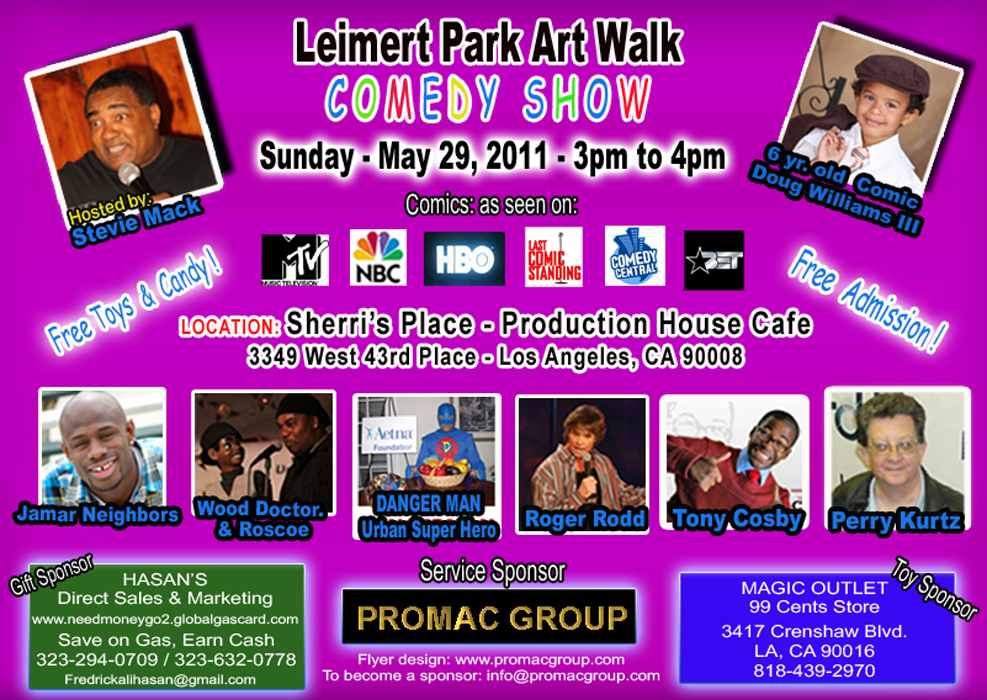 Got to get a bigger sign for the window. The comedians and their families all share that extra funny energy on and off the stage. Most of the comedians got a chain to see and enjoy life in Leimert Park village for the first time ever! In the picture below are, from the bottom left, Perry Kurtz, Tony Cosby, Raul Fernandez and Stevie Mack. 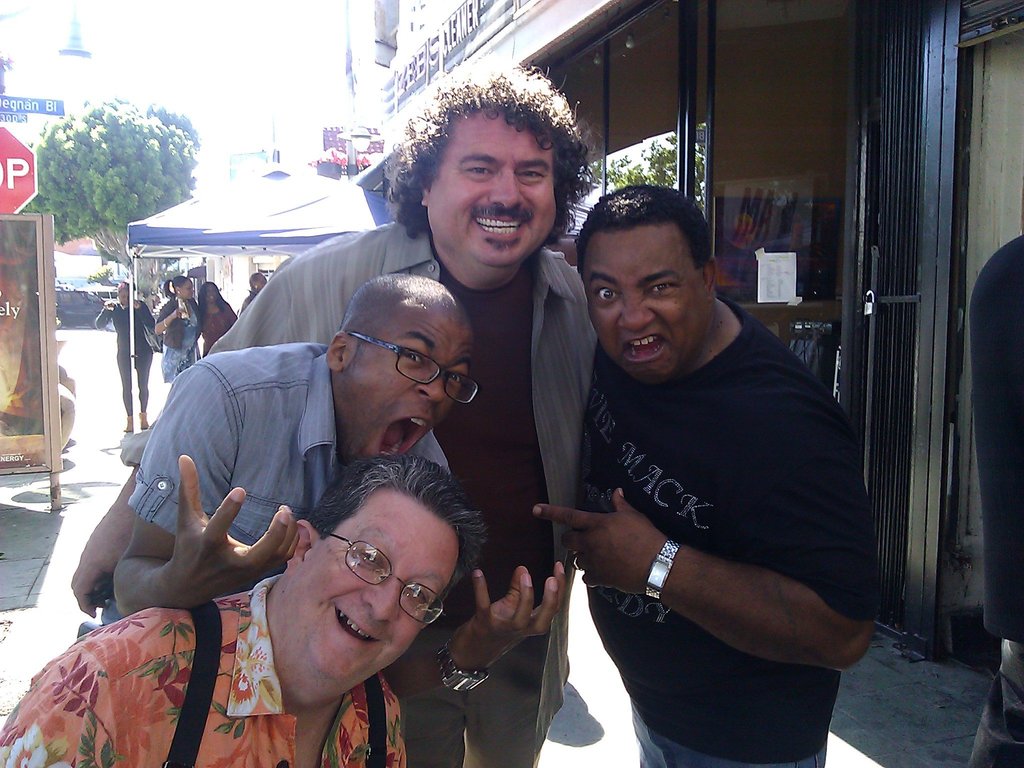 Families, friends and strangers came in and were entertained by all the fabulously funny comedians. A lot of audience participation gave it that extra oomph :) People were entertained by children and adult comedians. Doug Williams III is a crowd pleaser at only 6 years of age! Danger Man, the Urban Super hero says, "When it comes to the safety, education and welfare of our children, we all have a role to play and we must take action now!!!” He’s informative and Funny!! 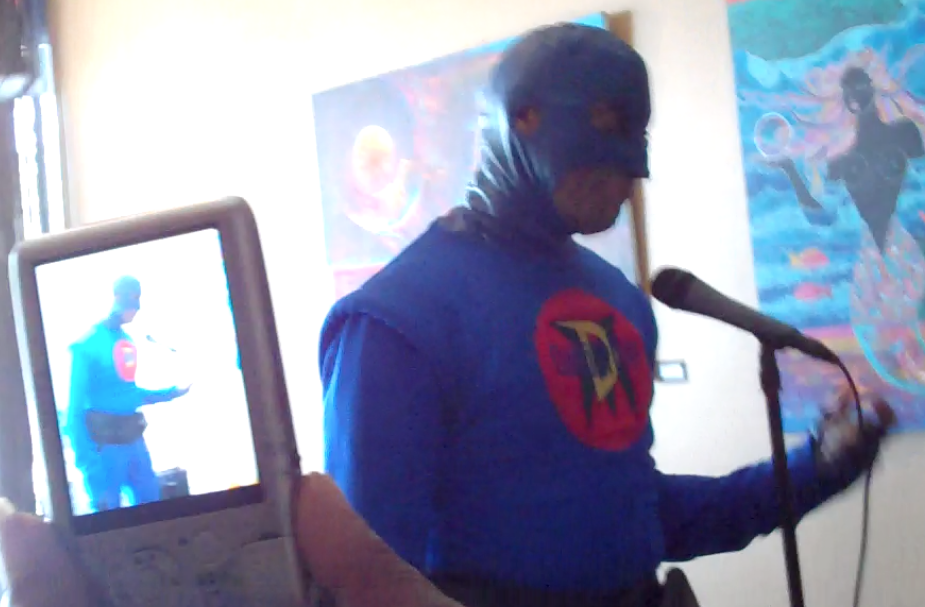 Comedian Roger Rodd just got back from Oakland where he was a finalist in the Bay Area Black Comedy Competition. Yup, he’s white, but only on the out side..LOL 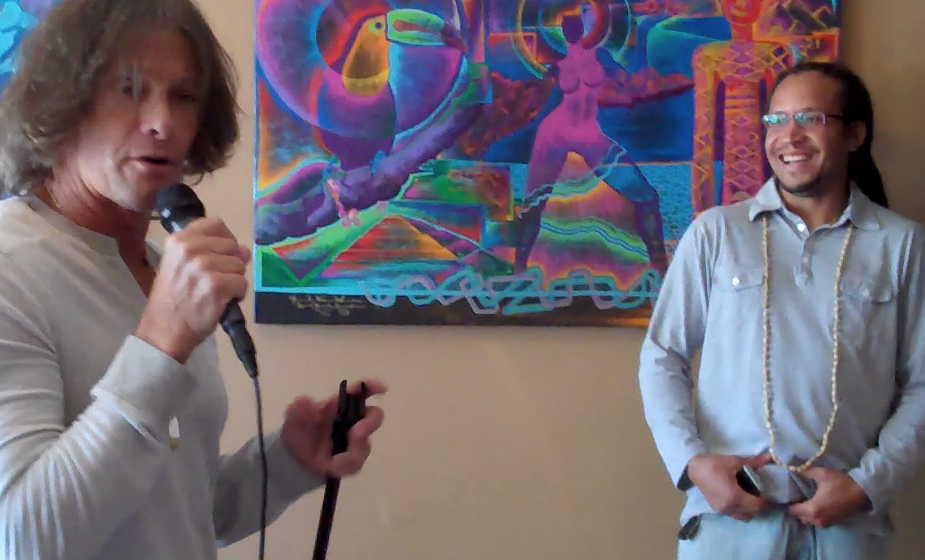 Comedian Tony Cosby brings inspirational comedy to a new level! Bill Cosby is his uncle and the funny does run in the family. We gave a way lots of toys, candy, and autographed head-shots! We all love free stuff!! 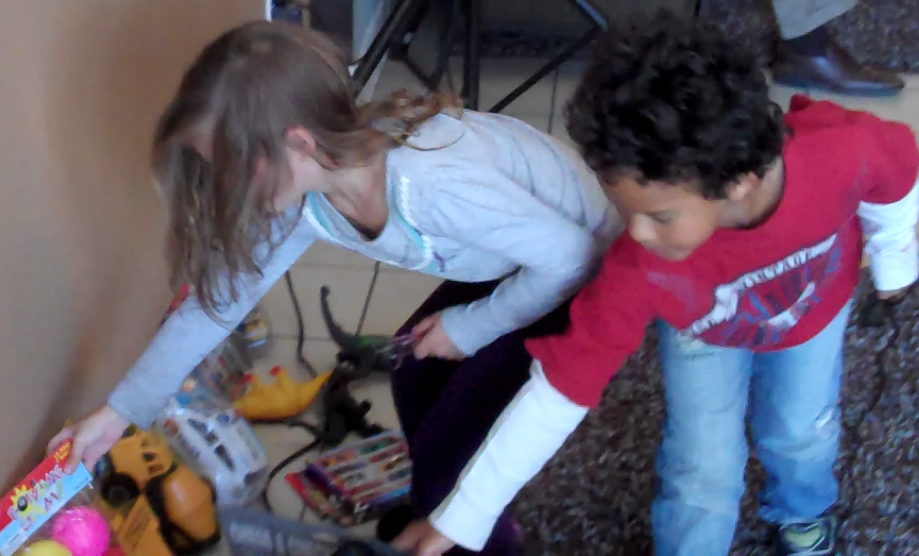 The diversity at the Leimert Park Art Walk is amazing! It brings in people from near and far, from all walks of life! Comedian Doug Williams is Executive Producer the hit TV show, First Amendment Stand Up. He is partnered with Martin Lawrence and has a lot of new show in development. Stevie Mack is bringing the funny to the world via the internet, TV and radio and has a ton of social network shows, live shows and has been a main stay in Leimert Park since 1992 where he worked the front counter at 5th Street Dick’s Coffee Shop whipping up tasty delights that were later copied by that famous coffee chain that rhymes with tar trucks. The Leimert Park Art Walk Comedy Show is a main-stay and   feature that you don’t want to miss. The show runs fro 3pm to 4pm the last Sunday of each month. For inquiries and booking send an email to info@steviemack.com

Be sure to visit Stevie Mack’s website to see what he’s got in store for you: