How To Find A Graphic Designer That Can Make Cd and Mixtape Covers.

Mixtape Covers- Your Graphics Can Make Or Break Your Project 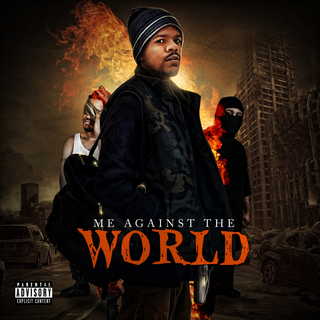 The world of music seems to be one of the very competitive sectors, if the recent developments are anything to go by. I can comfortably say that the industry has moved a notch higher, and it has now changed into a game of the struggle for the fittest. The weaker ones are being outdone, while the stronger and witty artists are continuing to conquer the world.

This can be attested by the dynamic shift that has taken the music scene by a storm. For instance, release of mixtapes that is coupled with out-of-the world techniques, regular and stellar music performances and tours, unpredictable frequent release of albums, and many other tactics. But before you reach this stage, let me admit, it takes real effort to conquer the world of music. And for this reason, whenever you hear of any big music star out there, then just know he/she struggled hard to be on the map. Well, it is every artist’s prayer to make it big in the music industry, not knowing what it takes to appear on the top. So the big query here is what does it take to be successful in music? Actually, the truth of the matter is, there is no big secret apart from learning the tricks of the game, and above all, being versatile; learning and perfecting your skills.

While starting out in the music industry, there are various stages that an artist goes through, as you try to make some presence in the music scene. These phases are so simple, yet very confusing to the careless lot, and if it is carried out appropriately then things will be much easier.  Doing it correctly will actually thrust you to the musical success without much struggle. Some of these stages include; the first chapter of writing down the songs, recording them on a C.D or mixtape, per se, and last but not the least, is marketing the mixtape to your target customers, and eventually you anticipate for profits-cum-success. Well, the above procedures seem to be very easy, though it requires some level of smartness so as to be successful. There are various approaches of making it big in the music scene though; producing of mixtapes seems to have taken center stage. Today’s artist or rappers prefer producing mixtapes, owing to the fact that it can reach their target fans very quickly. Mixtapes are known for being great gateways to musical success, and if the process is carried out correctly, it can even earn you a superstar tag within the music world, as well as, among your friends. However, a lot of artists still fail to learn the trick behind a successful mixtape, as a process of making a presence in the game. Mixtape involves some level of art, though mankind has been defeated by this technique. A closer look in the current industry shows that artists usually fail on the appearance of their mixtape covers. It seems people have no idea of the power that lies within a well-crafted mixtape cover. Ideally, when it comes to mixtape success, one must ensure that he/she has an irresistible mixtape cover that will see countless potential fans scrambling for a copy. By having a fascinating cover, an artist will be smiling all the way to the musical success or limelight, as this will make him/her talk of the media entertainment. Let us just be real with ourselves. Who on earth does not want that kind of goodies, unless you mistook your career? Well, whether you are striving to get the attention of a celebrity recording company or a new lot of fans, an impeccable mixtape cover is arguably the best tool to do so.

From a professional angle, first impression is all that matters here. And because of this, whether you are an artist, a singer, or a band, you must have a beautifully-designed mixtape cover, which will earn you points, and attract success to your way.

Recent music studies shows that nowadays, music fans are defying the old adage of not judging anything by its outer appearance. Actually, in the music matters one will be forced to judge your piece of work by its physical look. Now that you have an idea of what you should do, it will be unprofessional of you to go for the wacky-designed mixtape cover. However, despite the influx of many technologies that can design these covers, a good and above-the-belt mixtape cover cannot be generated by any random guy. Well, there are many mixtape cover designers out there, but the problem now is, who to trust with your delicate music career.

It calls for people who are good at what they do, and will give you their best. It is always advisable to go for the professionals in any field, as they will not only give you their best services, but also boost your chances of having a successful mixtape. Nevertheless, you should not be really worried by this matter, as Mixtape Cover King will always be there for you. Having a team of specialists on board, they will design your mixtape cover with irresistible designs that will eventually guarantee you a good response from your fans. What an advantage?

Furthermore, going to a qualified team of professionals will work for you, as you will attract much respect from the music industry, for taking your music career seriously and more so, professionally. Moreover, this will increase your chances of reaching the musical heights, as many fans will be listening to your mixtape, thanks to the attractive cover! And recognize your unique talent too. However, if you opt to go for incompetent graphic designers, then unprofessional covers will make your mixtape look very cheap and unworthy, and this can be very detrimental to your music career. So take your time and make a wise decision when creating your album or mixtape covers.

Musicians usually work hard to write and record their songs, so why throw all this into wastage? Do not risk losing your customers, and respect in the game, because you never had in mind how your mixtape cover will look like. Choose the right avenue and your music career will be on the right track.If your looking for custom graphics visit http://www.MixtapeCoverKing.com

COMICS 1 | Ages 10-13 | Beginner
Learn the basics of storytelling through comics, including how to draw, scan,…