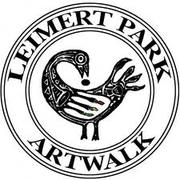 We have an awesome line up for you: Comedians Gayla Johnson, Tommy Otis, Perry Kurtz, Keith Michael Ashton, Hope Surratt, Joe Luu and DangerMan and Steve Hill will be in full effect with your host, Stevie Mack on the mic!

Stevie Mack has been performing stand-up comedy and improv since he was 10 yrs old. He brought his brand of funny to the world in 1991 at the world famous Comedy Store in Hollywood, CA.

He produced a series of comedy and variety shows throughout Los Angeles, including, “Stevie Mack’s One Acts” which ran for 38 weeks, jam packed and standing room only.

He expanded his improvisation and acting skills by joining the Groundlings and Upright Citizens Brigade improv troupes.

“Stevie Mack’s Diary of a Crackhead” is a 90-minute one-man show is based on the life of Stevie Mack, who rises like a phoenix from the ashes of a family riddled with crime, pimps, pushers, drug/alcohol addiction, gangster ethics, prison life and mental institutions.This performance is inspirational and hilarious, healing the world one laugh at a time through a tragicomedy about overcoming adversity against all odds.

He is the Writer/Host of:

The Wonderful World of Jazz"hosted/produced by James JanisseI'm excited that you have decided to drop in!  Please sign my Guest…See More
yesterday
0 Comments 0 Promotions

DojO- commented on DojO-'s event Jazz at LACMA: "Sax" Dr. Teodoss Avery Quintet "Recorded Live on Memorex" [Sunday Evenings]
"Check out my new album, - TA 'After The Rain: A Night For Coltrane.'  Available on CD, vinyl & on all streaming platforms. “The album pays fitting tribute to a giant” – Downbeat  All About Jazz (4.5/5…"
Monday