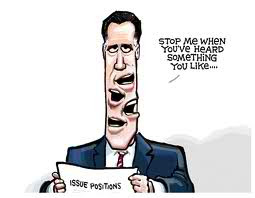 Our political class is failing us miserably - both Democrats and Republicans. The Republicans are leaving no stone unturned to further enrich those who are already filthy rich, and the Democrats are throwing us crumbs while the middle-class standard of living is being aggressively chipped away to conform to the standards of the new global economy.

The GOP calls any program that helps the poor and middle-class socialist in nature and an intolerable waste of public funds. Yet when it comes to helping the rich and corporate class, no expenditure is too great. Now, I'm generally not one to buy into conspiracy theories, but there comes a time when if you fail to take council from your lying eyes you're simply a fool, and I think we've reached that point.

I have a friend and fellow vet in Texas who's a confirmed teabagger. The only thing we agree upon is that we like and respect each other, but other than that, we come from two different planets. Previously, I could simply write off Teabaggers as ignorant and insincere racists. But I happen to know for a fact that Tom is neither ignorant, insincere, nor a racist, so he represents a profound philosophical problem. What box am I supposed to place him in? If I have no box, then I have no choice but to seriously examine his concerns.

After agonizing over the dilemma for several months, I've come to the conclusion that both the left and the right - at least, the rank and file liberals and conservatives - are correct in their anger, because both are being manipulated by the political class system.

The answer is quite simple. The corporatists and their political cronies have us so busy hating one another that we're too distracted by that hatred to see what's being done to us all. And since liberals and conservatives have been led to believe that our respective miseries are a direct result of the other, it's become self-perpetuating. We've come to hate one another so much that we eagerly embrace anything negative placed in the mix by our manipulators.

So when Tom and I get into a debate, it rarely comes down to assessing the facts. It invaribly degenerates into who's worse, liberals or conservatives, and that what's going on across America.  But the fact is, this country is engaged in a struggle that has nothing to do with liberalism or conservatism. We're engaged in a class war, the corporate class against the poor and the middle class. So while they have us busy fighting the last war - racism on the left, and communism on the right - the corporatists are busy cutting all of our throats.

And while we've been distracted, our politicians who are supposed to be protecting our interest, have become a class unto themselves. They've become the political class, which is an essential part of the corporate class, and I'll be further addressing below. When viewed from that perspective, there's no wonder the nation is so divided. The bottom line is, we're depending on those who are exploiting us to protect us from exploitation. So like Houdini, they have us looking at their left hand, each other, while we should be looking at their right hand, them.

Clear evidence of that is while both political parties agree that bringing down the deficit must be one of the nation's top priorities, they both also seem to agree that the only way to address the problem is by placing the burden of sacrifice on the backs of the poor and middle class, while they continue to live high on the hog.

In addtiton, in spite of the "dire effects" of our national deficit, neither party seems to be the least bit concerned about the two billion dollars a month that we're paying for the nonproductive wars that we're engaged in?  No expense is too great in that regard. The reason for that is because they're so profitable to the corporate class.  They're forcing the poor and middle class to both fight the wars, and pay for them. But of course, their families are not impacted. The rich are no longer expected to die for this country - that's the job of the "little people." Ask Dick Cheney.

Yet they claim that the deficit is so severe that they're "forced" to cut part of the safety net from under poor and middle-class Americans, programs like medicare and social security, while at the same time they insisted on giving the top 2% of the population a tax cut, which, according to the Congressional Budget Office, is the least efficient use of the nation's revenue.

According to the Center for American Progress, "The Congressional Budget Office evaluated a variety policies earlier this year based on their ability to boost overall economic growth and employment. The number one thing Congress can do, according to the report, is to increase aid to the unemployed. Other efficient ways to give the economy a jolt include additional investments in infrastructure and more aid to states. The least efficient? Extending the tax cuts."

CAP goes on to point out, "In its January report, 'The Budget and Economic Outlook: Fiscal Years 2010 to 2020,' the CBO [Congressional Budget Office] projects that a full extension of the Bush tax cuts, plus a permanent fix to the Alternative minimum tax, will cost $3.7 trillion over 10 years, not including debt service costs."

Thus, our political class has convinced us that if we give Gucci enough money we can get him to hire workers to produce Gucci bags that he's limited to selling in a homeless shelter. That's counterintuitive. Why would Gucci throw away perfectly good money to produce a product that he can't sell? He's only going to take that money overseas and produce his bags in a market where people have the money to purchase them. Thus, the only way to stimulate the economy is to put money in the pockets of the people in the homeless shelter. That's the only way we can provide Gucci with a market of people with the resources to purchase his goods.

Another glaring example of gross political hypocrisy took place just last year. While this nation was drowning in the second worst economic crisis in its history, and American citizens were losing their homes and jobs, congress voted themselves a $93,000 a year raise, each - and not a raise in salary, but in "petty cash," to spend anyway they see fit. And then, of course, there's Rep. Andy Harris (R-Md.). He should go down in history as the quintessential example political hypocrisy. Rep. Harris is the newly elected, Tea Party supported congressman who ran on the abolishment of "Obamacare." But in spite of that, he began demanding his governmet run health care before he was even sworn into office.

So I'd like to address this to my good friend, Tom. Let's lay that socialist thing to rest. The entire socialist controversy is nothing but conflated politispeak designed to get you to work against your own interests. If we ever want to control our own destiny, it's incombent upon us not to allow ourselves to be manipulated through knee-jerk emotionalism. While you might say that rabid socialism is bad because it led to communism, I could just as easily argue that rabid capitalism is bad because it led to slavery. So we've got to learn to engage in nuanced thinking.

So I have a suggestion, instead of fighting one another, let's make a deal - you handle your hypocrites on the right, and I'll handle mine on the left. Then let's all come together and handle the corporatists who are pulling all of our strings. After all, these are not Americans - they're globalists, with a vested interest in making us hate one another.

We're bein' played by the oldest political ploy in the book - divide and conquer.


This is the one who's dangerous

DojO- commented on DojO-'s blog post CNN TV: Schedule / Wkdaze - May, Mon. 17th thru Fri. 21st PT; NEWs + "Super Regular Wk.-daze Programin' " *updatez*
" Mask policies across the US are rapidly changing: The quick changes have left some parts of the country now relying on an honor system, experts say - INTERACTIVE: As the US sees Covid numbers drop, other countries are being…"
10 hours ago