The California African American Museum (CAAM) will host Women First: A Tribute To Our Women Trailblazers as a part of its monthly Target Sundays at CAAM program on Sunday, March 3, 2013, from 1 p.m. to 5 p.m., at 600 State Drive in Exposition Park.

Women First: A Tribute To Our Women Trailblazers celebrates those who pioneered roles traditionally held by men, and paved the way for other women to become successful in those fields. The all-female lineup will pay tribute to some of the nation’s most influential African American women. Target Sundays at CAAM will be co-hosted by acclaimed actor and playwright Charlayne Woodard and actor Jeffrey Anderson-Gunter. Performers include singers Darynn Dean, Jeri Brown and Toni Malone as well as spoken word poets Sandy Brown, Mzuri Moyo and actresses Vickilyn Reynolds and Sloan Robinson. 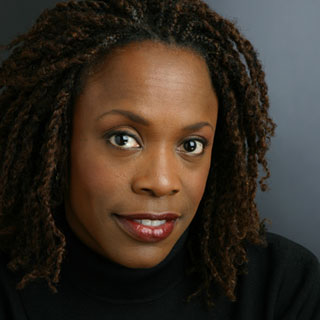 Mzuri Moyo will portray Civil and Voting Rights activist Fannie Lou Hamer while Sandy Brown will recite the poetry of Phillis Wheatley, the first African American poet, and the first African American woman to publish a book.   Vickilyn Reynolds will portray Academy Award-winning actress Hattie McDaniel, who is best known for her role as Mammy in the classic film “Gone With the Wind.”  Reynolds, who has starred in a number of feature films, television shows and commercials, won the 2008 Audelco Award for Outstanding Performance in a Musical/Female for her portrayal of Hattie McDaniel in “Hattie…What I Need You To Know!”

Singer Toni Malone will pay tribute to three legendary women in music, including Billie Holliday, Aretha Franklin and Etta James, while Sloan Robinson will take attendees on a journey through a day in the life of performer Josephine Baker.

Vocalist Jeri Brown, who has earned a reputation as one of jazz music’s most talented and versatile  singers, will serve as the featured artist for Target Sundays at CAAM – Women Firsts: A Tribute to our Women Trailblazers.  Guests and visitors will also have the opportunity to participate in a hands-on art project guided by professional artist and educator Teresa Tolliver beginning at  noon.    Art supplies will be provided by CAAM.

Target Sundays at CAAM celebrates the diverse influences, and the significant contributions, and achievements of the African American Diasporic community to the art and culture of the United States.

Thanks to the vision of traditional and contemporary artists, community leaders, cultural historians, activists and educators, CAAM is able to celebrate these unique art forms and share culturally enlightening experiences every month with the Los Angeles community.

Target Sundays at CAAM is free and open to the public. RSVPs are preferred at (213) 744-2024. CAAM’s galleries open at 11 a.m. with programming beginning at 1 p.m. Parking is $10 in the parking lot adjacent to CAAM located at Figueroa and 39th Streets. For more information on Target Sundays at CAAM, visit www.caamuseum.org.

CURRENT EXHIBITIONS IN THE CAAM GALLERIES:

Sampling the Microscopic Artwork of Willard Wigan through March 17, 2013

African American Military Portraits from the American Civil War: Selected Images from the Library of Congress Collections through April 14, 2013

Legacy of the Golden State Mutual Life Insurance Company:  More Than a Business through June 23, 2013

ABOUT THE CALIFORNIA AFRICAN AMERICAN MUSEUM

The California African American Museum (CAAM) researches, collects, preserves and interprets for public enrichment the history, art and culture of African Americans. Chartered by the California State Legislature in 1977, CAAM is a state supported institution and a partner with the 501(c)(3) non- profit organization Friends, the Foundation of the California African American Museum. In addition to its permanent collection of over 3,000 objects of art, artifacts and historical documents, CAAM also houses a research library containing more than 20,000 volumes, employs and trains high school students through its Young Docents program, and hosts in-house curated exhibitions and traveling exhibitions on a regular basis.  The museum also tours CAAM exhibitions throughout California and the nation.