Is Our Competitive Spirit Helping or Hurting America? 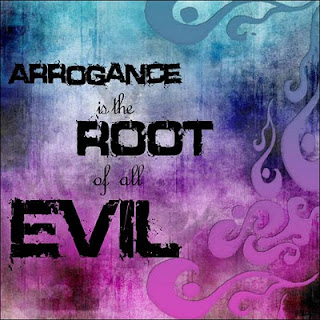 We accept a lot of so-called truisms simply because we've been told that they're true all of our lives. Take competition for example. From the day we start school most Americans are taught that our competitive spirit is what makes America great. But is that really true? Is competition really the most productive model for promoting human progress? I don't think so. While recently discussing this issue one gentleman said the following:

“Personally I don’t mind competition. It has brought us better roads, better cars, better airplanes, better vacations, better medicines, longer life spans, and in many cases, except for us damaged Vets, better health.. I don’t see honest competition as dysfunctional at all. Profiteering is okay also, as long as it is honest and based on productivity, job creation and boosting the human spirit. Why shouldn’t I be motivated by money, a bigger house, a nicer restaurant, to create the next Penicillin, the next Salk vaccine, the next aspirin, and all the jobs and opportunities these inventions have provided.”

I’ve heard this argument a million times, but we have absolutely no evidence that any of the things mentioned above are a result of competition. Neither do we have any evidence that suggests that competition is a more powerful motivator than the simple pursuit of excellence. The fact is, competition caters to the very worst in human nature - selfishness, hostility, and greed. Competition is only truly productive when we compete against our last best personal effort.

It's more likely, therefore, that human accomplishment has actually been stifled rather than enhanced by our childish need to be competitive. How much more might we have accomplished if instead of duplicating their efforts in pursuit of competitive greed, drug companies shared their knowledge in an effort to cure disease, or instead of the nations of the world spending trillions of dollars in global competition, that money was being used in a cooperative effort to enhance the plight of mankind?

The mere thought that man's primary imperative is in pursuit of conflict and greed - and that's essentially what competition is - is counterintuitive. The fact is, our tendency to be competitive rather than cooperative is man's primary dysfunction.

It would be interesting to see the results of an experiment where they took two footballs teams and trained one in the traditional way, and trained each member of the other team to focus on nothing but improving on their last best effort. I'm virtually certain that the latter team would prevail if all other things were equal.

And consider what life would be like if as a society we rewarded ourselves on character and intellect instead of how many “things” we could accumulate; if we rewarded our young people for creativity and scholarship instead of how often they could get a ball to go through a hoop; if teachers and scientists were the superstars in our society instead of self-absorbed dysfunctionals. Try to imagine the benefits to our society if young men aspired to getting into the best universities with the passion that they currently dream of getting into the NBA or NFL.

One of the immediate benefits of such a society would be a more informed citizenry. We would also neutralize the negative impact that money is having on our political system, because no matter how much money a corporation spent they wouldn't be able to pull the wool over our eyes by appealing to our emotions over our intellect. We would also have far less crime, since there would be no motive to obtain “things” to gain stature in society. And since character would be the coin of the realm, it would promote family values, because a father who abandoned his children would lose stature in the community. In such a society he would be looked upon with the kind of disdain that we currently look upon shiftless bums.

Another positive impact that such a philosophy would have on our politics would be, in a society that valued character over wealth a politician wouldn’t be assessed based on his longevity or on his ability to obstruct the opposing party. He or she would only be able to gain stature by what he was able to accomplish during his time in office. And the kind of destructive rhetoric that Limbaugh, Beck, and Palin engage in would be nonexistent. Instead of Democrats and Republicans arguing over what’s wrong with one another, each party would be engaged in showing how and why their respective positions would be more beneficial to the people. The fact is, with corporate profit removed from our politics, political differences would be far less pronounced.

Our need to compete is a misguided attempt to raise our personal feelings of self-worth by impressing others with superficial accomplishments, often in connection with some group or organization that we use as an extension of ourselves. That's why people like Dick Cheney, Limbaugh, and Beck are so fixated on the concept of American Exceptionalism, race, and "us against them." You can literally draw a profile of these kind of individuals. The lower their feelings of self-worth, the greater their need to feel a part of something "special" - a race, team, country, etc. They try to use it as an extension of themselves.

That's also why people of this ilk hate Barack Obama so intensely. Obama's character and natural intellect is a direct challenge to their delusions of grandeur, so they've dedicated their lives to trying to prove that he's just as flawed as they are.

Thus, in our misguided attempt to find personal self-esteem, we’ve collectively incorporated competition into our body politic, a flaw in our character that has become a direct threat to human survival. The only thing competition is good for is administering to our delusion of grandeur. And no matter how often we claim to be the best, or how loudly we proclaim American exceptionalism, both our collective and individual inner-selves will always know who we really are beneath our strutting veneer - just another group of flawed individuals, though, a little more arrogant than most.

The best in Gospel Music. An uplifting program to get your Sundays. Gil Fears - Host of “Edna Tatum’s Gospel Classics” has served as co-host for “Gospel Classics”…See More
2 hours ago
0 Comments 0 Promotions