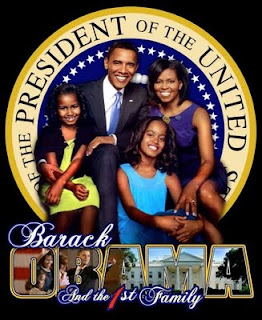 But I’ve got to be honest, Mr. President. Right now you have me about as mad as a wet hen. But then, my late wife used to keep me steamin' too, but that didn't mean that I didn't love her dearly.
.
That's the nature of the progressive mindset. We believe in independent thought, so we're not about always marching in lock step. We understand that no one corners the market on either knowledge, wisdom, or intelligence, so we have to rely on our combined intellectual resources to move forward. That's why we're firm believers in the kind of vigorous and sometimes angry debate that's currently taking place among progressives today.
.
We also understand that it is important to keep in mind the difference between efficient thinkers and ideologues: Efficient thinkers always give truth priority over ideology, while ideologues always give ideology priority over truth.
.
So I'm with you until the end, come hell or highwater, but I'm gonna use my column to give you pure hell every step of the way. You see, sometimes you have to drag great men up Mt. Rushmore kickin' and screamin'.
.
And besides, you managed to get Michelle, so you must have something going for you.
.
Eric L. Wattree
.
P.S. A good friend of mine would call that last remark a “slapliment.”  But I'll let you get through the day in peace.  We can fight later.
.
August 4, 2011

Eric L. Wattree
http://wattree.blogspot.com/
Ewattree@Gmail.com
Citizens Against Reckless Middle-Class Abuse (CARMA)
.
Religious bigotry: It's not that I hate everyone who doesn't look, think, and act like me - it's just that God does.