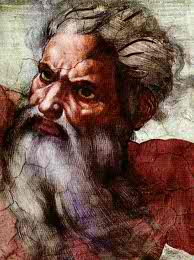 GENESIS
As I walked the sandy shore in wretched sadness,
the mighty surf reached out to me.
Its thundering voice spoke not of cold, dark fathoms
or the mystery of desolate expanse,
but whispered softly of an endless moment,
that moment when we were one.
It  spoke of a time, before time, when time stood still,
when we danced as siblings
enraptured against the breast of God.
It spoke of the mighty thrust,
that eternal moment
that cast creation
into the windless void to meet its destiny–
he the mighty sea, destined to caress the shore,
and me, the eyes of creation,
smiling back upon itself.
The awe of its ageless mystery
embraced me in the familiar warmth of eternity,
as its timeless roar
gently began its song -
a love song
whispered to a loved one’s ear -
a love song of eons past,
but of a love that’s always near:
“Oh, sweet sibling,
I embrace your pain,
but this too shall pass,
and we’ll be one again.”
Eric L. Wattree
Http://wattree.blogspot.com
Ewattree@Gmail.com
Citizens Against Reckless Middle-Class Abuse (CARMA)
Religious bigotry: It's not that I hate everyone who doesn't look, think, and act like me - it's just that God does.