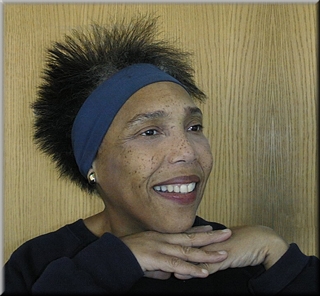 Dr. J LanYe' was a child prodigy who could read music and play classical compositions by the age of four.

Needless to say, she is a seasoned classical voice/piano recitalist-lecturer, orchestral conductor, choral director and multi-genre music composer and a black classical music specialist with particular emphasis on the 18Th and 19Th century "American Negro Spirituals" and their relationship with the "Underground Railroad," and the classical music/musicians of the 20Th century " Harlem Renaissance."

Dr. J LanYe' is the first African-American to receive the Doctor of Musical Arts degree (D.M.A.) from The American Conservatory of Music.

She plays original solo piano music and we will talk about her CD "Calm Caring and Comforting" and her vision as director/coordinator of the "National American Spirituals Solo Voice Competition", at Buffalo State College in Buffalo, New York.

We are proud to have Dr. J LanYe' as a talented member of ColoredPeople.net and we invite you to join our host, Tania-Maria Xavier on September 24, 2009 at 7pm PST/9pm CST/10pm EST at BlogTalkRadio.com/ColoredPeople