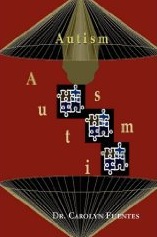 I know her as a writer but most and foremost as a mom who is very involved in her children’s lives. Aeric (Rick) and Antoine Smith are exceptional young men and although they have tremendous family support, I see the involvement and dedication on Dr. Fuentes part in being a strong role model for her children and an example to many parents.

Dr. Fuentes manages Antoine Smith, her youngest very talented son, who is an Indie artist on Turn on Records and has a very promising future as a drummer, keyboardist and who is currently seeking a career in Audio Production and Engineering.

Aeric, is her oldest son who is autistic and has had so many achievements and continues to excel in many of his endeavors which include composing and cooking! Some of his compositions are "WORLD OF DREAMS," "IF I WERE A BUTTERFLY," and "IN THE MOMENT"


“I am very proud of Aeric's accomplishments throughout his life and I hope that you will enjoy his music!” She says.


Dr. Fuentes is a woman I greatly admire for her exemplary dedication to her family.


Dr. Fuentes' education is through traditional and non- traditional colleges. In technology, she taught on-campus at International Remington College to business students and Orange Education and Recreation Center for Adult Education in elite communities. In technology and education, she has taught at Tri-C Community College-Eastern & Western Campus to the senior citizens for the Encore Program and local communities, Ford Motors, Inc. to ABE students, St. Jerome Catholic School for K-8, and more since 2002.

In addition to technology, Dr. Fuentes has been affiliated in the world of computers for over 20 years. She has provided training to produce computer literacy for all types of students that include some ABE, mainstream, ADD, ADHD, and Autism.


She has volunteered to teach unprivileged students in a community college that were eager to learn computers and other subjects, which she was awarded with a certificate for her dedication and work. Recently, she was presented with an award and membership of the Madison Who’s Who Professionals and Executives 2007-2008, USA Honors Society 2009-2010, and other affiliations that present web awards and memberships for business.


Dr. Fuentes is a freelance medical researcher and has written a book called “Autism” which was inspired by her son Aeric.

Through her research, she has compiled a great deal of information from doctors, professors, medical researchers, scientists, up-to-date theories, and has shared a brief synopsis on her son in her book.

“After reading AUTISM, you will be more knowledgeable about this disorder.” Says Dr. Fuentes.

Dr. Fuentes wrote AUTISM to help parents, schools, other professionals, and her family to understand the true meaning to this life-long subject.

The book includes helpful methods for managing behavior, important facts about autism, foods that slows down the brain, names of famous people with autism, and much more.

Join us as we learn more from Dr. Fuentes on February 25, 2009 at 7pm PST/9pm CST/10pm EST at Blogtalkradio.com/coloredpeople