Join us and enjoy beautiful music by our talented members and we are excited and honored for having our show simulcast at WDKKRADIO.com for the first time! 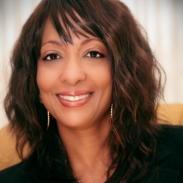 She studied piano at age 6 and began formal voice training at age 12. After graduating from Alabama A & M University in Music, she began a parallel career in the federal government, which led to her living and singing in New York, Texas, Arizona and California. After returning home to Huntsville, Kathy embarked on a recording project with Record Producer, Kelvin Wooten, formerly of Toni! Tony! Tone! Kelvin brings a fresh sound to Kathy's original music, as he has for other singers that he's produced, such as Jill Scott, Erykah Badu and Kelly Price.

Kathy is a gifted vocalist with a unique style of her own. Fast becoming a sought after singer/songwriter, Kathy is capturing the hearts of many with her precious voice and original compositions.

Her music tells real-life stories of love, faith and hope. Her debut CD, entitled, "After All These Years" is seasoned with a flavor of jazz and consists of 10 Contemporary tunes. The CD was released under the label of Paintbrush Records & Publishing. 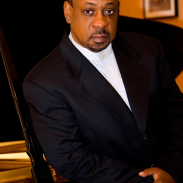 Pianist, composer, arranger, producer and NAACP Image Award Nominee, Onaje Allan Gumbs is one of the industry’s most respected and talented musical collaborators.

He has worked for more than 30 years with an illustrious list of jazz,R&B and pop artists. In 1974, he created a special arrangement of “Stella By Starlight”for the New York Jazz Repertory Company as part of a concert honoring Miles Davis at Carnegie Hall.

He followed that with performances on albums by such artists as Woody Shaw (Moontrane), Buster Williams (Pinnacle), Cecil McBee (Mutima) and Betty Carter (Betty Carter). In 1975, Onaje joined forces with trumpeter Nat Adderley and his quintet, contributing to the group’s releases on Atlantic and Steeplechase Records.

In 2006, he received the NAACP Image Award in the Outstanding Jazz category for his independent project: "Remember Their Innocence".

In 2008, Onaje received the "Virtuoso Award" from the Noel Pointer Foundation, named after the late, great jazz violinist, Noel Pointer. 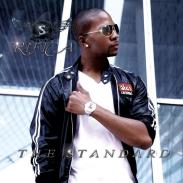 One could describe Justin “Rifica” Douglas' music as multi-faceted. His unique style of artistry is both versatile and nonconforming at the same time.

''I am a rapper whose ministry is mainly for the young crowd but I believe everyone can jam my music, teens and grandmas alike!” Riff says of himself.

Rifica accredits much of his success as an artist to those God surrounded him with early in his career, aiding him in his development, Mic D and NuCamp Entertainment, KLAK and Educator to name a few. He has been featured on several projects, including but not limited to NuCamp Entertainment's “DOP 2k3,” KLAK's “Life Death Love” and Educator's “No Compromise.”

He has just released his album "The Standard" 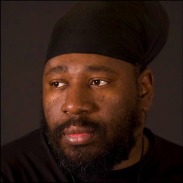 Breath a.k.a THE Dubber The word Dub means to redo or rework; it is something one does when it is necessary to make alterations.

This is what Breath a.k.a THE Dubber has been doing since the age of thirteen. For over two decades the Washington, DC native has played guitar and encompasses the sounds of funk, rock, reggae, go-go and hip-hop to create a unique musical stew, all his own. Breaths innovative musical spirit was enlivened through his travels and experiences, particularly in Los Angeles, CA. From 1988 to 1997 he wrote for and performed and recorded with some of the top musicians and bands in LAs rock music scene.

THE Dubber is a solo artist and his music is very uplifting. 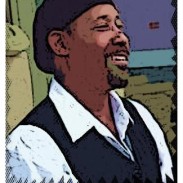 He first turned heads on his debut recording in 1981 with “Pharaoh Sanders” on the LP REJOICE and was credited with vocals and lyric on Coltrane’s classic “Moments Notice “, later reissued on CD by Evidence Music 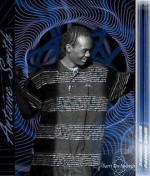 Note from Turn On Records: Antoine Christopher Smith is a "phenom". This gifted, 17-year-old composer and pianist has ideas and talent. Born on August 1, 1992 in Euclid, Ohio, he comes from a family of musicians, singers, dancers, composers, managers, and teachers.

He is a first rate drummer and pianist who composes and plays jazz/alternative/world and other genres. He plans to enter an excellent music college, and continue his studies in composition and performance.

His plans for college is to go into Audio Production and Engineering to become a future producer! Join us October 8 at BlogTalkRadio.com/ColoredPeople