Andre Harris - A Part of History 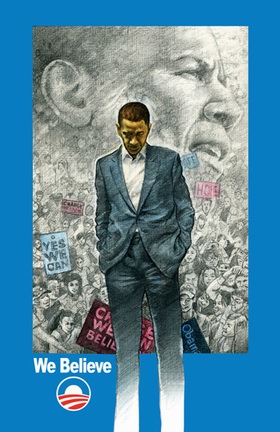 We are very proud to see Andre's work being featured at Barack Obama's Camp.

He is a graduate of The Art Institute of Atlanta and The American Intercontinental University, Andre Harris has established himself as a force to be reckoned with in the art world.

Born in Norfolk, Va., Andre’s creations center around the complexity of the human figure, while his unique sense of color and dramatic composition put his paintings in a class by themselves.


He has also illustrated and designed over thirty book covers for New York Times Bestselling Author, Zane, while simultaneously being a top illustrator for A&B Distributors. Andre is now working on his children's book series.

ColoredPeople.net
A global community of artists and art promoters. We are people of all races, nationalities and faith whose talents bring color to our world

'We are not surprised': Women of color say the courts have never served their communities; Analysis: John Roberts lost the defining case of…See More
9 hours ago
0 Comments 0 Promotions