Heard on KPCC this morning, the Magic Johnson Theater in Crenshaw Plaza was closing Monday! I talked to a couple of people who should have known and they didn't. So in case you don't know

The mall owners plan on a $30 million upgrade for Baldwin Hills Crenshaw Plaza that will be funded in part by the city. So they are closing the theater for renovation first.

Coming soon: a new theater, several restaurants and an office supply store. It's been talked about for at least a couple of years, but closing the theater would the first real sign that they are doing something big.

Then comes the "transformation of the 43-acre property:" a new residential neighborhood, a hotel and commercial office building ... "conveniently linked to the proposed Metro Rail public transit center on Crenshaw Boulevard."

It does sound like a nice future, though there's to be concern about traffic and parking. The expansion plan still faces city approval, and that can take more than a year. But the release states: "The long-term plan is in the environmental review stages, with an anticipated approval by the City of Los Angeles by early 2011."

The designer just finished doing a fine job on Fox HIlls in Culver City.
Restaurateur Brad Johnson, who opened the Roxbury, Georgia and The Sunset Room in Los Angeles, plans a restaurant adjacent to the Debbie Allan Dance Academy, which moved in last year. And don't forget the Farmers Market. (I went last week for the first time since it left Leimert Park Village and Dre's BBQ told me it's where he makes the most cash. I had fun.)

The expansion "will propel the center toward achieving the Class-A status and a shopping experience that South Los Angeles residents deserve,” said Ken Lombard, who
joined Capri as a Partner and President of the Capri Urban Fund in 2009.
Preachin' to the choir.

Twice the release mentions entitlement plans, so I'm sure that means Redevelopment money. Capri Urban Investors purchased Baldwin Hills Crenshaw Plaza in 2006 for $136 million. The mall opened around 1947 (photo is from 1955 thanks to UCLA). And now Capri is saying they want to take on Marlton Square - but two recent stories fail to ask what specifically is happenning.

Lombard told the Times that Capri wants to develop Marlton Square and that the boarded up, bombed out eyesore adjacent to the Plaza "needs to be developed for the overall improvement of the Crenshaw corridor."

Prior to joining Capri, Lombard was President of Starbucks Entertainment, and has also served as President of Johnson Development Corporation. Lombard and Johnson developed many successful retail partnerships with Starbucks, Sony Pictures and TGI Friday’s.

Magic wasn't happy that the theater is losing his name.

"I am deeply saddened to learn of AMC's decision to close the Magic Johnson Theatre" Magic Johnson said on a release on PRNewswire. "This was my first theatre, so a piece of me will definitely close with it.

"The theatre has truly been the heartbeat of that community," Magic continued

Maybe, but everyone knows that Leimert Park is the Soul.

The LATimes.com story said the current interior of the Plaza had a "static 1980s vibe." Some people pay extra for vintage.

Then reporter Roger Vincent added: "Like other malls, it has department stores and a food court." Huh?

But he hits a homerun when he editorializes that the plaza is a "suburban mall from Anywhere USA dropped into the middle of an urban neighborhood with barely a nod to
the world outside."

"It's been an island, with walls and fences to protect it from the community," Quintin Primo III, chief
executive of Capri, told the Times. 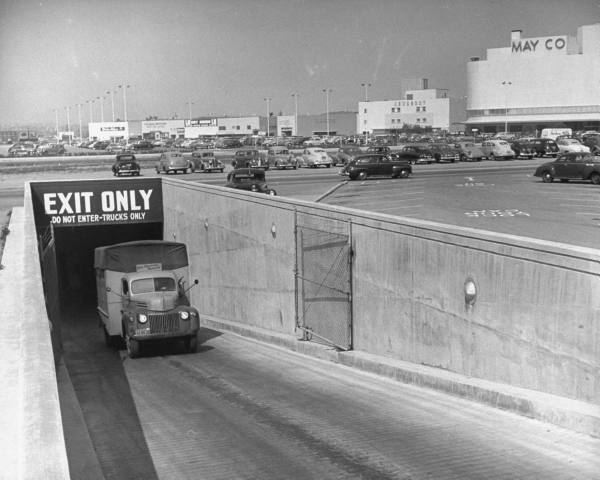 Comment by James V. Burks on June 14, 2010 at 2:54pm
I am sorry to hear that the Magic Johnson Theater is closing. It was a principle reason the African Marketplace organized a partnership between the MJ Theaters, the Mall, Urban League and the Pan African Film Festival in 1995/96 to bring the Film Festival to the Mall and to keep the Fine Arts Festival, the finest in the country at the time, from leaving. We maintained a small business incubator in the Crenshaw Mall for 15 years until the economy went south and made it difficult to maintain. We look forward to the improvements that we know will increase business and drive more tourism trade to the Crenshaw community.

The best in Gospel Music. An uplifting program to get your Sundays. Gil Fears - Host of “Edna Tatum’s Gospel Classics” has served as co-host for “Gospel Classics”…See More
yesterday
2 Comments 0 Promotions