--- Since open 'comments' to your Blog are not available---

My respectful 'OPEN' response is just this...

"Guard the freedom of ideas at all costs. Be alert that dictators have always played on the natural human tendency to 'blame' others and to over simplify. And don't regard yourself as a Guardian Of Freedom unless you respect and preserve the rights of People…

The Jury Selection phase of -- "The State of Florida vs George Zimmerman concludes its fifth day. In this clip from day three Atty Benjamin Crump, Esq., in defense and representation of the Martin Family speaks to the Media's unfair characterizations and reprehensible victim blaming rhetoric usually employed to slant "Public… 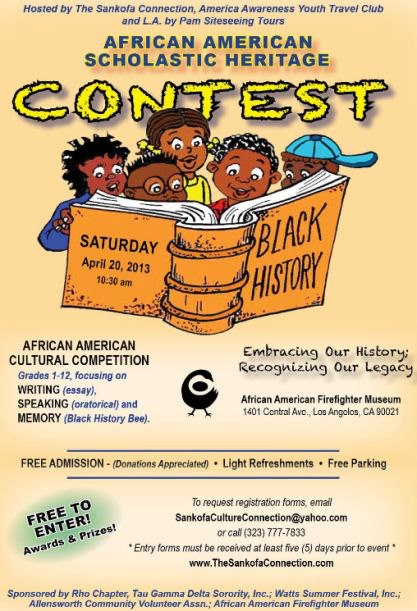 WASHINGTON -- Rosa Parks made history in 1955 by refusing to move to the back of the bus.  She will make history again next week when her statue is placed in the U.S. Capitol.

It will be the first full-size statue of an African American in the Capitol collection of more than 180 statues, a popular tourist attraction.  There are busts of the Rev.…

In my view... The Minister is percolating on all cylinders in this interview.

It would be wonderful for me to hear your thoughts. Black Is Back Coalition National Conference

The Black Is Back Coalition for Social Justice, Peace and Reparations holds a national conference in Newark, New Jersey, August 18. “We will examine the role of elections in this society, the
role of money in elections, and the question of how, or whether, Black people should be involved,” said Black Is Back chairman Omali Yeshitela. “The idea of voting simply for the sake of voting is not something that any rational person”… 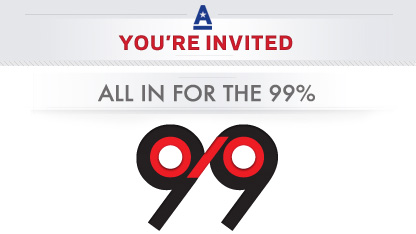 What: Artists, musicians, writers, and activists unite to create discussion and enthusiasm for the issues that inspired the 99% movement, demanding an end to…

.
Sound Off on Student Debt Town Hall & Workshop
Friends,
If advancing one’s education is the answer to ensuring success within our country, students should not leave college with the same amount of debt as a mortgage would cost.
This load is too great for our nation’s youth to bear, which is why I invite anyone who is currently or interested in pursuing post-secondary education or training to join me at the Sound…
Continue CeaseFire is a unique, interdisciplinary, public health approach to violence prevention. We maintain that violence is a learned behavior that can be prevented using disease control methods. Using proven public health techniques, the model prevents violence through a three-prong…

This is Councilmember Parks' News Letter release - Re: Redistricting Hearing

Dear Constituent,
I'm pissed, and, you should be to.
I'm sure many of you have never heard me use such strong language, as…