Learn All You Can, Then Choose By Being Informed

The Mayoral candidates are going to be living in South L.A. over the course of the next 6 weeks or so.  We are supposed to be the voters to carry Gruel or Garcetti into office.  YAY, us!

I'm asking everyone to take the time to get to know each candidate then choose the person who will not forget about South L.A. after the election is over.  Pension reform, cuts to services, DWP blah-blah-blah...  All of that is in the mix.  And all of it concerns every voter in South L.A.  We have to…

Crenshaw Boulevard slated to lose all trees down the center divider

The list for all the trees slated for the Space Shuttle travel is located here: http://ning.it/O86ie6

I've witnessed a great many defensive responses in my nearly 8 years of living in Baldwin/Crenshaw/Leimert by going to community meetings and speaking with fellow residents.  I've listened to a lot of complaints.  I've been party to a ton of outrage.  I'm not pointing fingers; I've been right there grumbling alongside everyone.

I know some of the community malaise has to do with the constant barrage of issues that always seem to be occurring around us.  For years we've been…

There will be a discussion about Redistricting: 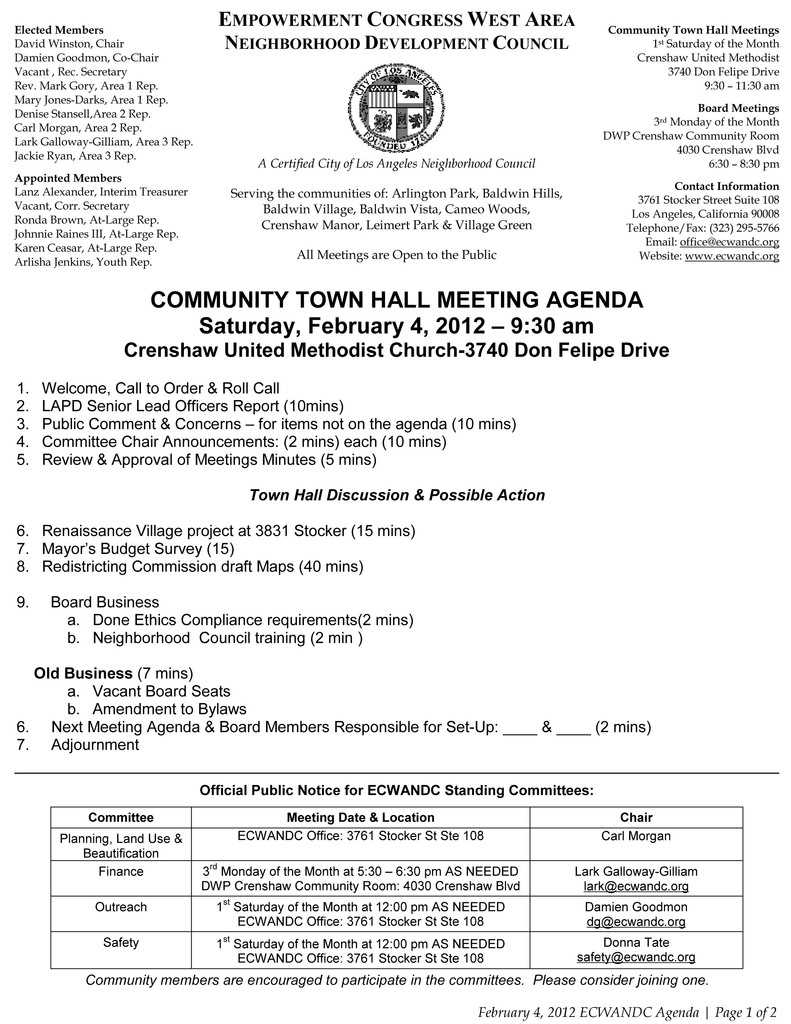 I am appalled by the Redistricting Draft maps released on January 25th as much as the recent goings-on at City Hall.  If I could, I would run an Impeach Them All campaign, directed at everyone who chopped up my Council District.  They would be ousted with their greedy forks and knives.  Transparency?  Hah!  Bus ride through the Council Districts to fully understand what every resident and "communities of interest" spoke about at 15 Redistricting Hearings?  I think the city rented a bus and…

Redistricting: Down To The Wire

Lawrence Joe, staff member of the Los Angeles City Redistricting Committee, attended the January 7th Empowerment West Congress meeting to explain redistricting.  As a result of 2010’s U.S. Census, the 3.8 million increase in the city’s population is unevenly distributed.  Some areas decreased and some grew.  The goal of redistricting is to equalize the numbers in all Council Districts to 252,847 people per district.

Another goal of redistricting is to group together ‘communities of…

What does it mean to “invest in your neighborhood”?  Instantly, finances probably spring into your mind.  With the talk of money probably comes an immediate defense, “There aren’t any restaurants…”, “I don’t need a dashiki…”, “The best services are [location of your choice]”.  I've spent a few weekends exploring my neighborhood and come to find that investment comes in many forms.  The main one?  Just being in my neighborhood.

FELA! is the Broadway play that's coming to The Ahmanson theater at the Music Center.  It was sold out in NYC for 2 years, and won 3 of the 11 Tony awards it was nominated for.  In an effort to put butts in seats, the Center Theater Group is offering $39.00 tickets ($49.00 on Saturday/Sunday).  This is the link for the offer:… 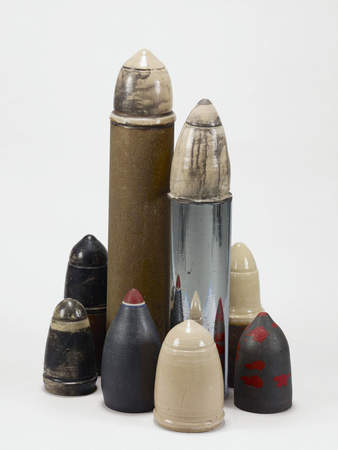 There are banners on the street poles advertising “Now Dig This” at the Hammer Museum.  This exhibit is one of several under the umbrella of “Pacific Standard Time”, which is coordinating several venues and exhibits throughout the city to celebrate the creativity that’s sprung out of a city that’s mostly known for fantastic weather and surf.