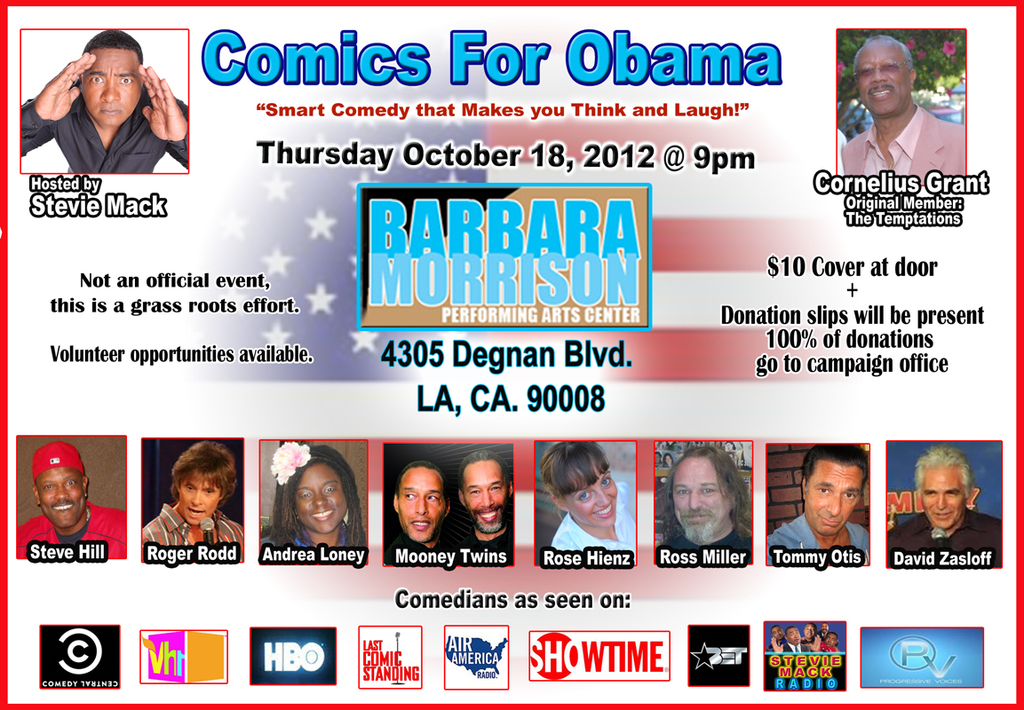 This 9pm show will have adult language. Rated [R]

There will be a clean show Rated [G] at 7pm
Host: Cameron Moffid
Featuring:
David Corrado
Grace Fraga
Hope Surratt
Keith Michael Ashton
Robert Murray
Not an official event - this is a grass roots effort. Donation slips will be available plus campaign volunteer opportunities. 100% of donations go to Obama for America campaign headquarters.